Brad Keselowski has a strong message for Brian France, and it’s one he should pay attention to 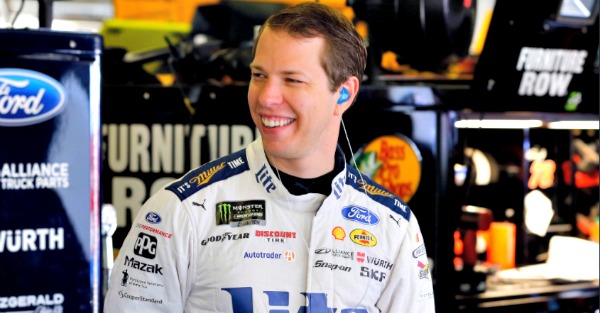 At NASCAR media days, Brad Keselowski was asked if there was one thing he could change about NASCAR, what would it be? After a lighthearted moment, he had a very serious answer — Brian France should be at the track every week.

He then went on to explain his reasoning, noting that NASCAR relies on outside partners, and “you have to be here”

He is, of course, completely right. NASCAR’s CEO should be at the races each week, mingling with sponsors, doing TV interviews, talking up the sport — and all  the while improving his image among NASCAR fans, which isn’t good.

With NASCAR facing so many issues — a potential loss of its major sponsor, a popularity void with Dale Earnhardt Jr.’s retirement, shrinking TV ratings and track attendance — it needs a strong leader who’s out front supporting his sport.

He can start to do that by showing up at the track.