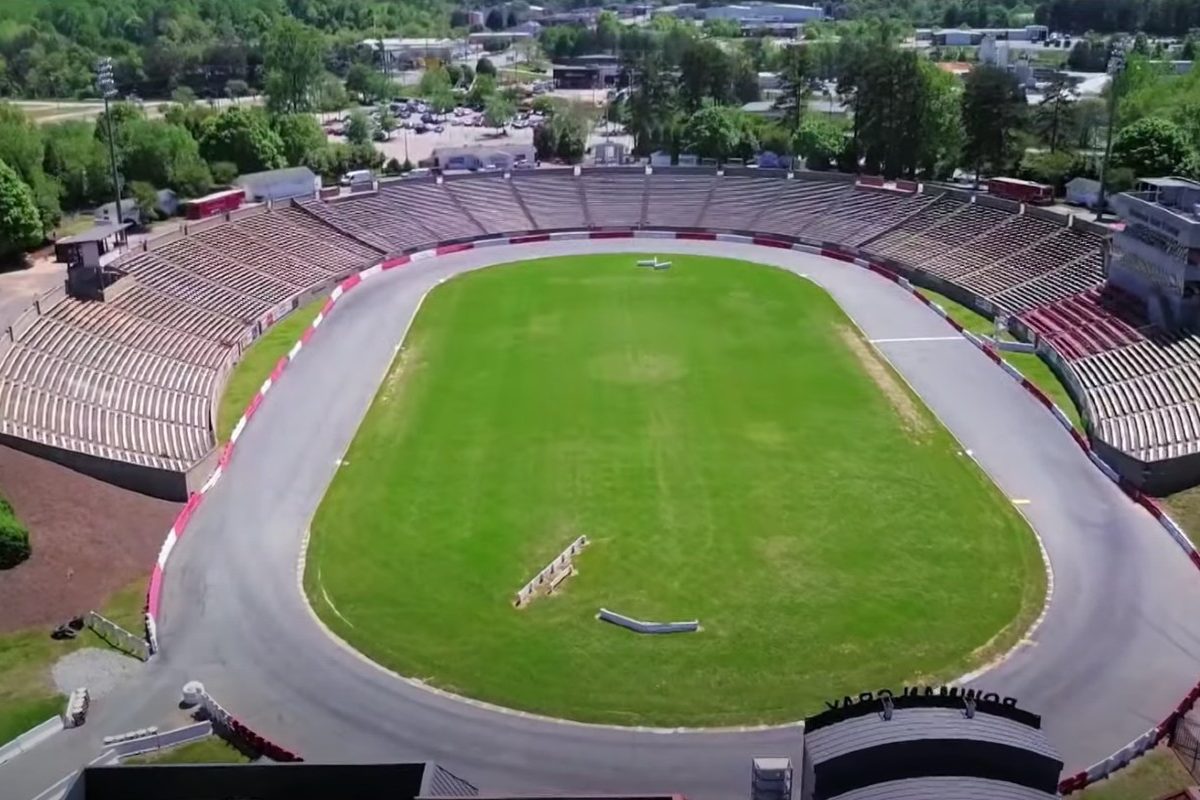 ?The presence of the confederate flag at NASCAR events runs contrary to our commitment to providing a welcoming and inclusive environment for all fans, our competitors and our industry. Bringing people together around a love for racing and the community that it creates is what makes our fans and sport special. The display of the confederate flag will be prohibited from all NASCAR events and properties.”

Unfortunately, at the reopening event of Bowman Gray Stadium, someone didn’t get the memo, and now there’s a lot of apologizing happening.

Saturday nights in Winston-Salem, North Carolina are best spent at Bowman Gray Stadium. Dating back to the days of Bill France Sr. and Alvin Hawkins, the stadium opened in 1949 as NASCAR’s first weekly race track.

Hosting races in the Modified, Sportsman, Street Stock car, and Stadium Stock divisions, this is the track where Richard Petty won his 100th race. All of the great racing families have had great runs on the quarter-mile track. The bullring track has been the home of Cup Series races, the Late Model Sportsman Division (now known as the Xfinity Series), and the Grand National Series. Everybody who’s anybody has been here, which is why Bowman Gray Stadium racing took the spotlight in the History Channel show The Madhouse.

The typical race season lasts from April to August, with space for up to 20,000 fans between the pit and the stands. And that is exactly why there was no 2020 race season. Not only was the COVID-19 pandemic raging across the country, but social distancing 20,000 people would be impossible.

Therefore, when the speedway opened up again for short track racing on June 5, 2021, it was truly a sign that things were getting back to normal. Burt Myers and Jonathan Brown showed down in the Hayes Jewelers 200 for the Modified division, with Brown emerging victorious.

“It Will Not Happen Again.”

So, what went wrong? According to all parties involved, it was a simple oversight.

Lee Stimpson was entered in the Hayes Jewelers 200 with the No. 45 car. Stimpson hasn’t raced regularly since 2007, and states that he placed a confederate flag sticker in the back of his car “10 or 12 years ago.”

Racing promoter for Bowman Gray Stadium Gray Garrison quickly issued an apology, indicating that while they are typically very adamant about obeying the new NASCAR policy, they simply “must have missed” the sticker in Stimpson’s car. He assured fans, drivers, and NASCAR, “It will not happen again.”

Stimpson himself was very apologetic, as well. He stated that he had completely forgotten the sticker was there, following with, “I hate that it slipped through the cracks like that.?

Ben Rowe, a city manager, attended the race and spoke his mind about the incident. ?We go by the rules at the track that are set forth by NASCAR and WSSI (Winston-Salem Speedway Inc.), and we support those rules,? he stated.

All parties agreed that while there was no malicious intent behind the events that unfolded on Martin Luther King Jr. Boulevard that night, it was time to do better and be better. The offending sticker has disappeared, and Stimpson will continue to compete at Bowman Gray in the future.