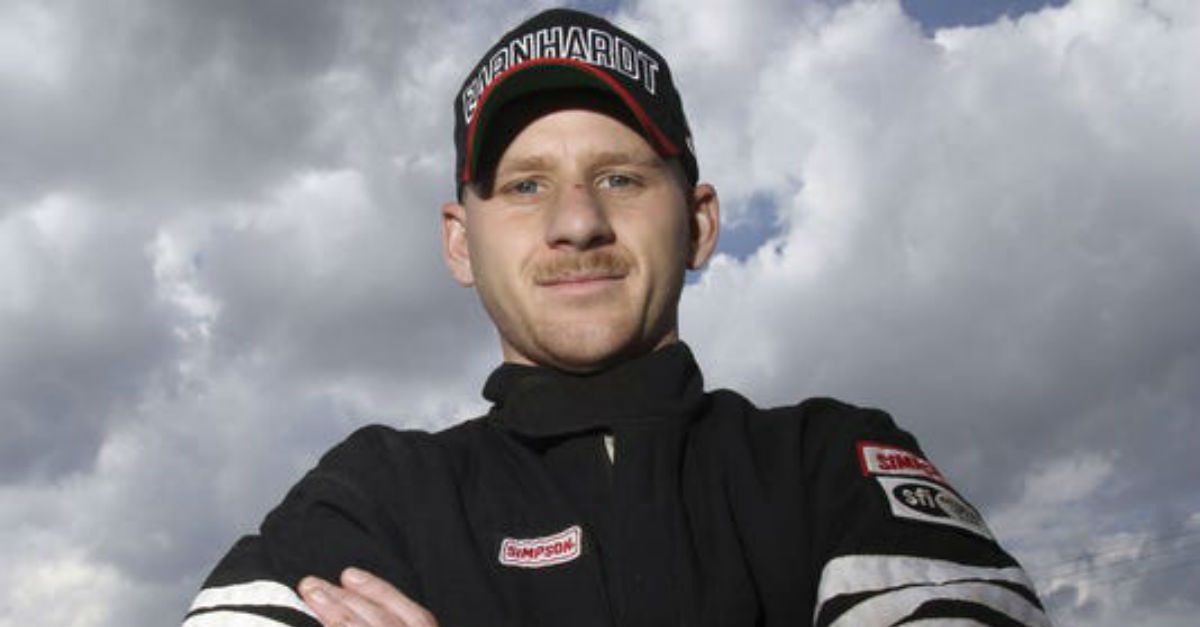 You might think that having a last name like “Earnhardt” would make it easy to break into the sport of professional auto racing, but being a part of NASCAR royalty isn’t always easy. Take Bobby Dale Earnhardt, for example. He’s the eldest child of Kerry Earnhardt, which also makes him the eldest grandchild of seven-time Cup Series champ Dale Earnhardt and the nephew of 15-time Most Popular Driver Dale Jr. Big shoes to fill, no doubt.

Though Bobby Dale had a promising start in the ARCA Truck Series, winning the Rookie of the Year in 2013, the 32-year-old Mooresville, North Carolina native has struggled to break through NASCAR’s highest level. In an interview with Kickin’ the Tires, Earnhardt talked about the pressure of being an Earnhardt and what’s next for his career.

Wishing all the happiness and best of health this new year to you and your family. Happy 2020! Let this decade be filled with God’s blessings ✨ #2019bestnine #happynewyear #cheersto2020

2019 marked Bobby Dale Earnhardt’s third year as a part-time driver in the Xfinity Series. Driving the No. 66 Toyota Camry for MBM Motorsports, Earnhardt made three starts at Kansas, Texas, and Phoenix. His best finish was 28th at Phoenix’s ISM Raceway, though a crash at Texas earned him his worst finish at 37th.

“I learned a lot; I’m learning every time I get out on the track,” Earnhardt said. “We had a rough start at Kansas and Texas during the race. We learned from it. We wrecked during practice at Kansas and the team gathered together and rebuilt the back end of the car for me to go out, qualify and race. Pretty awesome job.”

Read More: Dale Jr. and Jeffrey Earnhardt Get Real About Living up to the Family Name

On His Future in the Xfinity Series and Beyond

Earnhardt made it clear that he’d be up for running more Xfinity Series races, so long as everything was squared away on the sponsorship front. He also hasn’t ruled out making a return to the ARCA racing series.

“I would love to go and run the ARCA Daytona race if I’m going to run the Daytona race in the Xfinity car just to get that seat time,” Earnhardt said. “We’ve actually been talking with a couple different people about that, so if it’s there then yes, I would love to go back and run some ARCA. That’s always a fun class to run with, fun group of guys, but if it doesn’t then my main goal is to go and run in the Xfinity Series.”

Earnhardt also said that a run at the NASCAR Cup Series isn’t entirely off the table, but that he’s taking it all one step at a time.

“That’s one thing that all racers strive for is to make the big debut in the Cup Series, but right now I think the best thing for me is to focus on the seat time in the Xfinity Series, make laps, get seat time and not to rush it too much,” Earnhardt continued. “If it’s going to happen, it’ll come and whenever it does I’ll enjoy it.”

Earnhardt also isn’t putting all his eggs in the racing basket. He’s a committed family man and works a full-time job to care for his wife, Kimberly, and their two children.

On the Pressure of Being an Earnhardt

As an Earnhardt, Bobby Dale has a lot of people in his ear talking about the legacy of his last name. But, Bobby is all about crafting his own identity as a race car driver.

Missing you on your birthday Pawpaw Dale. Forever in our hearts 💙#RalphDaleEarnhardt

“We’ve always been taught to work for what you want,” Earnhardt said. “That’s what we do. A lot of people look at me like ‘You’re an Earnhardt, you should be in top equipment and up there winning races.’ No, I’m not my grand-dad, I’m not my uncle, I’m myself.”

“The added pressure is always there, it’s just whether you let it bother you or not,” Earnhardt continued. “I’ve had people mad because I didn’t do any better then I did, but it is what it is. I’m myself, I can only do so much with what I have.”