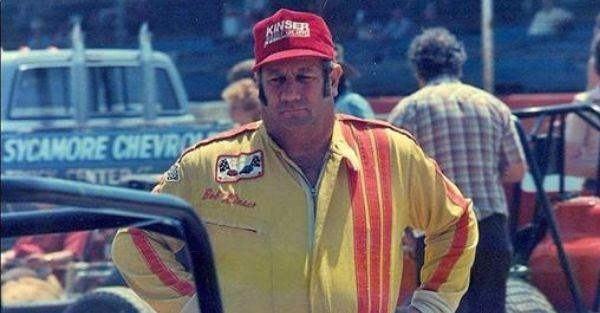 On November 4, 2017, the racing community lost yet another legend of the sport when Bob Kinser passed away at the age of 86.

Known as the patriarch of the famous Kinser family, Bob won more than 29 championships and 400 features throughout his racing career. While he was inducted into the National Sprint Car Hall of Fame in 1999, Bob Kinser is probably best known for raising two sons — Steve and Randy — who became very successful drivers in their own right. In fact, Steve is a 20-time World of Outlaws Craftsman Sprint Car Series champion and also a member of the National Sprint Car Hall of Fame.

Our thoughts & prayers are with @KraigKinser @SteveKinser_Rcg and the entire Kinser family as they mourn the passing of family patriarch, Bob Kinser. Rest In Peace and Godspeed. – Tony Stewart Racing pic.twitter.com/gnTL0gqQN2

Read More: Shane Sieg: Remembering the NASCAR Driver Who Died Much Too Young

During his career, which lasted for more than 40 years, Bob Kinser competed in numerous sprint car organizations, such as IMCA, All Star Circuit of Champions, USAC, California Racing Association, American Speed Association, Midwest Outlaw Super Series, and the World of Outlaws, according to Speedsport.com.

Kraig Kinser thanks the entire racing community for their support during the tragedy of the passing of Bob Kinser.

The World of Outlaws and DIRTcar Racing extend their deepest condolences to the family and friends of Bob Kinser who passed away today at the age of 86.

Bob Kinser was inducted into the National Sprint car Hall of Fame in 1999 in honor of his outstanding achievements as a driver, with over 400 career feature wins. Bob Kinser was a true pioneer of the sport.

“On behalf of World of Outlaws I would like to extend our deepest condolences to the Kinser family. Bob was a true icon of the sport that contributed to what it is today; he certainly will be missed,” said World of Outlaws CEO Brian Carter.

Two moment of silence were held tonight during the final World of Outlaws race of the year at The Dirt Track at Charlotte Motor Speedway with the running of the Textron Off Road World Finals.

The final race of Bob Kinser’s memorable career came at the 1996 Goodyear Masters Classic at Knoxville.

Bob Kinser was certainly a professional auto racing icon and his impact on the sport is still felt today, even more than a year after his death. Rest in peace, Bob.