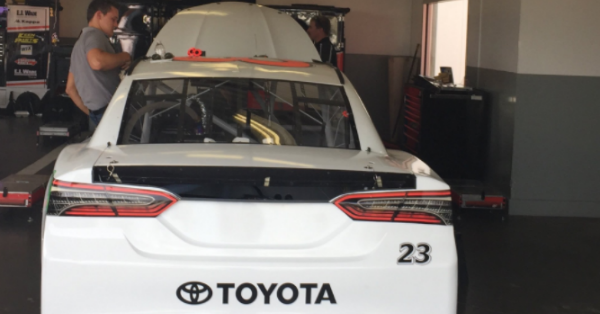 BK Racing filed for bankruptcy on Thursday, and NBC Sports uncovered the filing that shows how much debt the team has.

BK has liabilities of more than $10 million and estimated assets of at least that much (the estimated spread is $10- $50 million, NBC reported. Kickin The Tires incorrectly reported that BK owes $10 to $50 million).

Team owner Ron Devine, in a text to ESPN, said, “BK will do everything it can to continue to race.”  As of this writing, BK is still scheduled to race at Sunday’s Daytona 500, with Gray Gaulding behind the wheel.

“I’m not really worried about all the other stuff,” Gaulding told ESPN. “My job is to go out there and drive, be focused and do the best I can for my team and BK Racing. I’m just excited about it.”

NASCAR, which has the power to revoke BK’s charter, said in a statement:

“We have a clear process around charter member governance. It is incumbent upon charter members to be ready to race and compete at the highest level. BK Racing remains the holder of the charter.”

The negative news has had an impact on the team, and Devine told Frontstretch sponsors have left the team as a result.

Big issue or not, the bad news has certainly had an impact. The team also still has the No. 83, but Devine doesn’t know whether it will see the track this season.