Off-Road Racer Bailey Campbell Has More Guts Than You Do 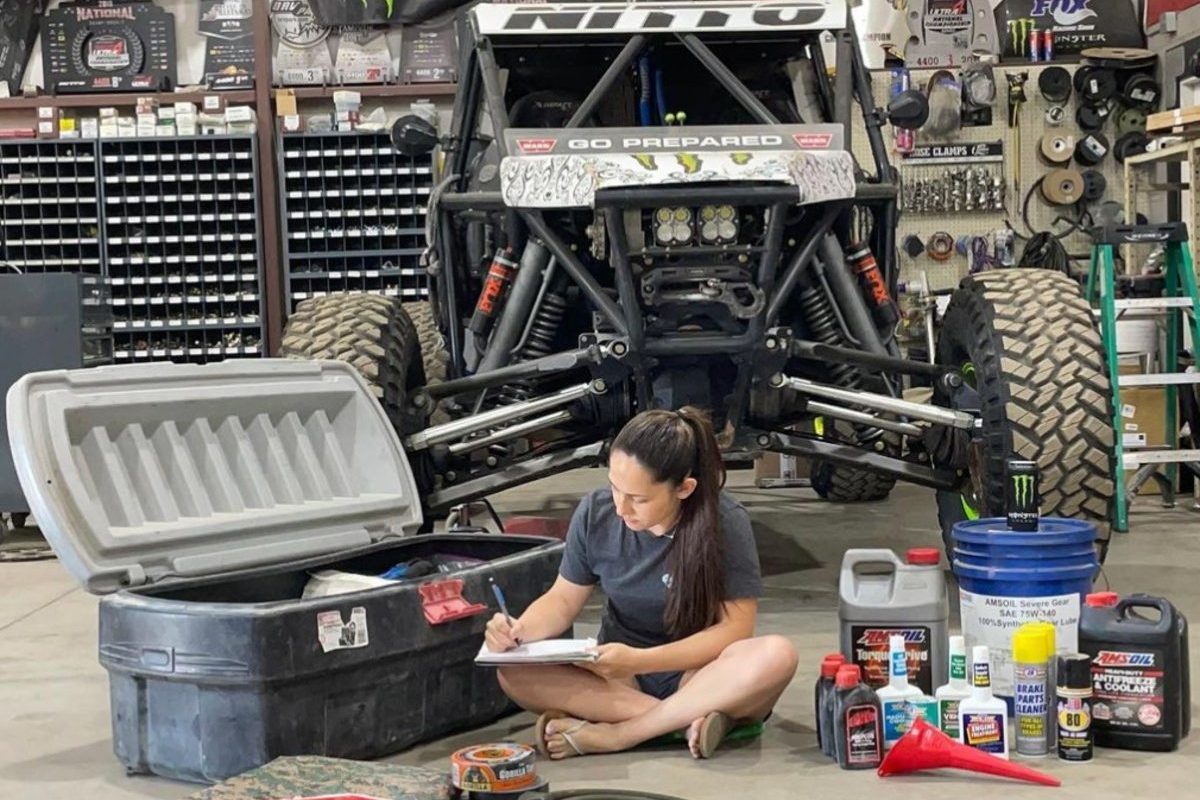 Many people dream of becoming Ultra4 off-road racers. And for good reason. We’re talking eight races across the United States, featuring over 300 teams competing across impossible terrain ranging from desert speed blasts to some of the most technical rock crawling you can imagine.

It’s not a sport for the weak of heart. In fact, Ultra4 racing is known for some of the most challenging courses, culminating in the world famous 165-mile, 14-hour challenge known as “King of the Hammers.”

From such challenges, heroes emerge. Ultra4 drivers are not afraid of gravity, dirt, or a seriously long day on the trails. And one such driver is Bailey Campbell, a 24-year-old woman who has been taking the sport by storm since she was 15.

How Did Bailey Campbell Get Into Ultra4 Racing?

You may be familiar with Campbell Enterprises, also known as “Campbell Ent.” In the UTV world, the company is known for churning out some impressive builds with their parts fabrication business. And on course, Campbell Racing is known as force to reckon with, as well.

Bailey Campbell is the daughter of Off-Road Motorsports Hall of Fame inductee and two-time King of the Hammers winner Shannon Campbell. It makes sense that her favorite race, then, is KOH, and her favorite part of the Hammers race itself is the super technical rock crawling. Getting out of the situations you don’t want to be in is kind of her specialty.

Bailey started racing in rock crawling competitions at age 15. She got into her first fast car race at age 16, and her career took off. Since then, she’s regularly placed alongside the top drivers in the sport, finishing eighth in the Ultra4 National Point Series for 2015. In 2016, she came in fifth in the King of the Hammers race, placing just behind her own father. She was just 19 years old.

Of course, it hasn’t always been smooth sailing on the rocky courses. Her first start at the 2013 Dirt Riot Race in Moab, Utah ended with Bailey crashing her brother Wayland’s car, but Campbell understands that persistence and patience are the name of the game.

Where Is Bailey Campbell Today?

Today, Bailey Campbell drives her own race car, the 35AZ. It’s a very distinctive car, which she’s largely built and fabricated herself in the family shop. She continues to work alongside her family, while pursuing a career in marketing and photography, and raising her baby girl Emry.

She notes that her parents taught her never to throw the “girl card.” While being a successful female driver in a male-dominated sport is pretty important, her goal is to show the world what she’s got as a driver first and foremost.

Though Bailey took off 2020 and the beginning of 2021 to enjoy motherhood, she’s getting back to the track and ready to take her racing career to the next level. She headed back to the races in San Felipe in May 2021, and looks forward to climbing back to the top of the sport.