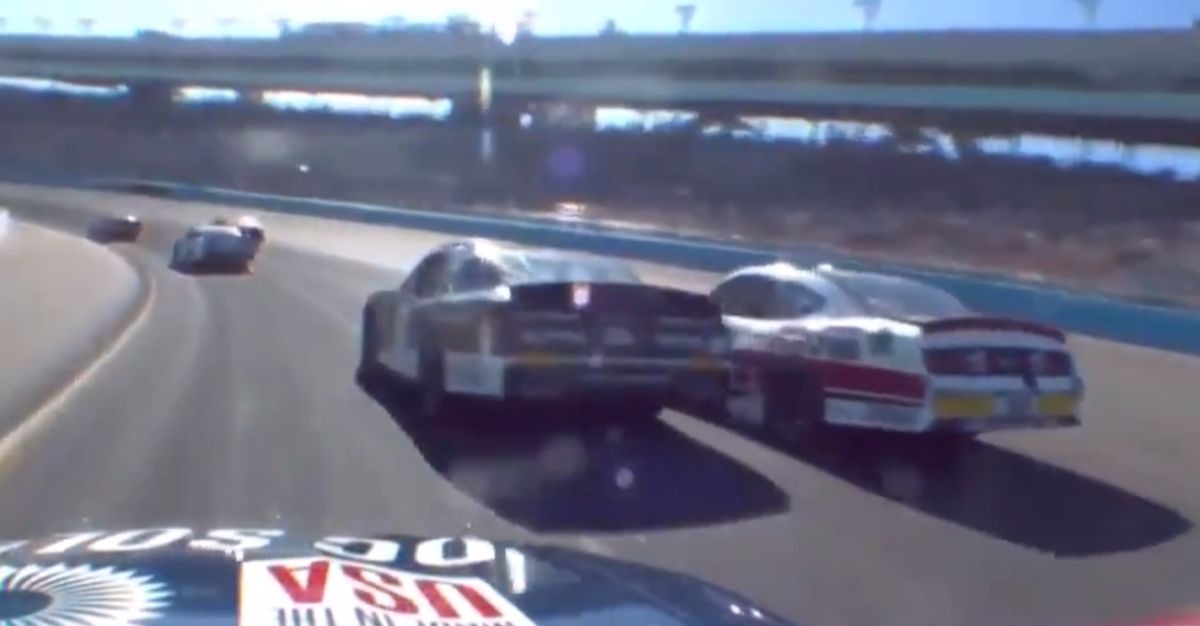 Caesar Bacarella is having a rough start to his Xfinity career. The New Jersey native is making his first start and already has two drivers calling for him to be taken off the track.

After being eliminated from the race, and most likely championship contention, Brennan Poole suggested Bacarella shouldn’t be allowed to continue racing.

.@BrennanPoole is moving on to @HomesteadMiami after an early crash likely eliminates him from the title hunt at @PhoenixRaceway. #XfinityPlayoffs

Poole wrecked into Daniel Hemric as both were trying to navigate around the lapped Bacarella.

“We gotta reevaluate some of these lapped cars and who is out there and who is not out there,” Poole said.

Related: After being wrecked out of the race, a driver has strong words for NASCAR

He was involved in Brennan Poole's wreck, and now @austindillon3 had this to say about his driving. #XfinityPlayoffs pic.twitter.com/I1vfKn3Hvu

“Get that guy off the freaking track, man!” Dillon said. Adding, “Where did he get a license to do this ****.”

To which his crew chief hilariously replied, “I don’t know. Wal-Mart.”

Not a great first race. But hey, no publicity is bad publicity right? Right!?