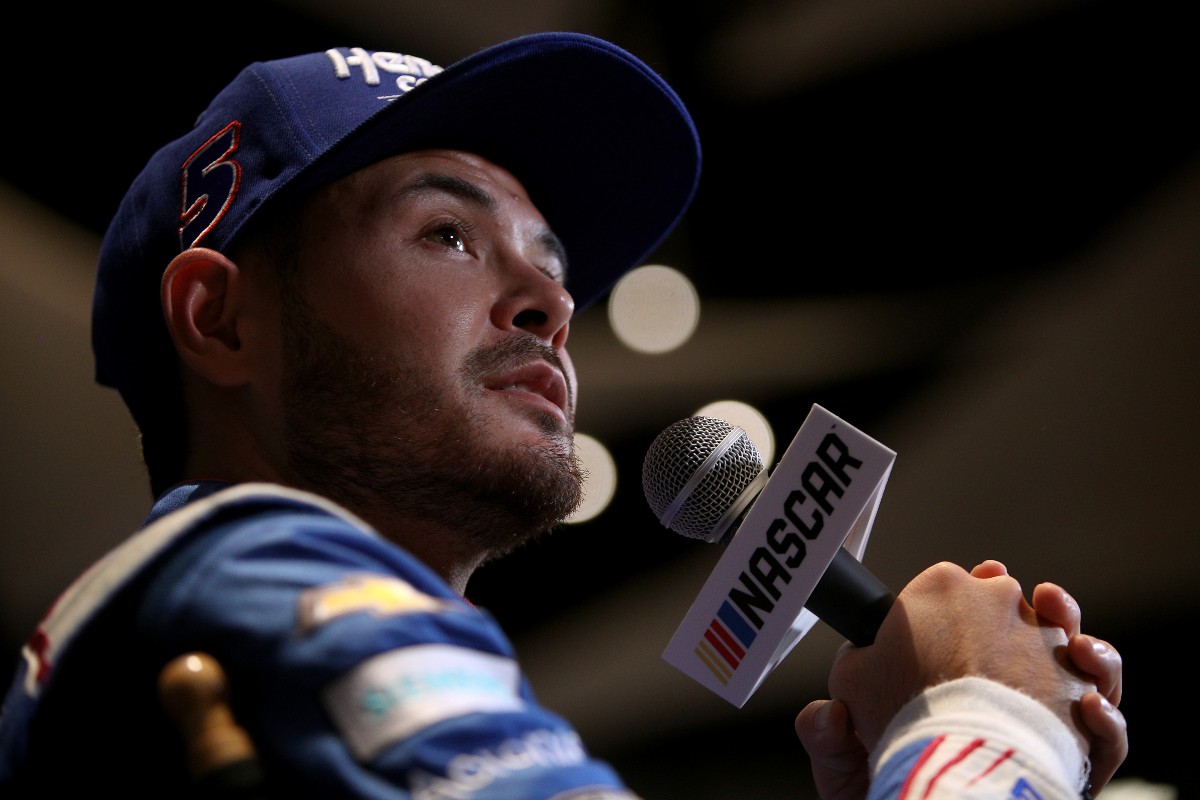 PHOENIX (AP) — Kyle Larson has heard that mental toughness is required to win a championship. He has no idea if that’s true — and if it is required, well, then he doesn’t consider himself the championship favorite this weekend.

Toughness, Larson said, makes him think of veteran driver Kevin Harvick. And when he thinks about mental toughness, Larson points to Tony Stewart and the 2011 news conference where Stewart trash-talked Carl Edwards right out of the title.

But Larson? Tough? He’s 5-foot-6 and 135 pounds. When asked what weapon he’d choose in a zombie apocalypse, Larson said he’d take his orders from fellow drivers Chase Elliott, Ryan Blaney and Corey LaJoie. He’d let them be in charge.

“People tell me all the time you have to be mentally tough to win the championship, and I feel like enough people hype it up to where you have to act different come playoff time,” Larson said. “But I’m not a tough guy. So I don’t know how to be tough. I don’t know what I’m ‘supposed’ to be doing.”

He is doing just fine.

The 29-year-old Larson has been deemed a future NASCAR champion his entire career. He came to the series as a 19-year-old sprint car sensation and those who know such things said Larson was even better than both Jeff Gordon and Stewart, a pair of drivers who started on dirt and are now NASCAR Hall of Famers.

He didn’t disappoint upon his 2012 arrival, but his Chip Ganassi Racing equipment was rarely fast enough. Larson tallied an underperforming six wins with Ganassi.

Still, he was a highly desired free agent at the end of the 2020 season and Larson likely could have named his price with a new team — right up until he used a racial slur while racing online early in the pandemic. NASCAR suspended him for the season, Ganassi had to fire him to placate angry sponsors and Larson wasn’t sure if he’d ever be back.

But here he is, headed into Sunday’s race in Arizona in the comeback of all comebacks. He is the star driver of Hendrick Motorsports, the winningest team in NASCAR that hired him out of his banishment a year ago, and the favorite to close out his nine-win season with a championship.

On the track he’s been virtually unbeatable. He also has turned sponsor HendrickCars.com into one of the hottest car-buying sites around. His contract was extended through 2023.

Asked if Larson has done everything he expected when he gave him the No. 5 Chevrolet for a second chance in NASCAR, Hendrick said: “More. Much more than I would anticipate him doing.”

“He’s been the front of our whole program for feeding people. I don’t know any driver out there as busy as that guy is, that spends as much time trying to do good for other people,” Hendrick said. “If you just look at his track record, what he’s accomplished this year, going and visiting food banks, schools, giving money away, just trying to be a model citizen…He did that on his own.”

Larson spent his season of exile mostly back in the sprint car world, traveling the country in a motorhome with his wife and two children, jumping from track to track, car to car, wherever the show was in town. He very publicly won 46 races.

Larson says he was naive, not racist, when he said the “n word” in April 2020. And he was OK if the consequence for not knowing any better meant the end of his promising NASCAR career.

“Until it happened, I didn’t really think that I was ever going to make it back to the Cup Series and nothing looked too promising,” Larson said. “I accepted it. I was having the time of my life racing, sprint cars and midgets and then dirt late models. I was doing stuff that I always wanted to do — maybe didn’t think I’d be doing it at 28 years old — but I did accept it.”

He is now the driver so many predicted he was going to be. He twice this season put together three-race win streak and was the driver the day Hendrick Motorsports passed Petty Enterprises as the winningest team in NASCAR.

Larson won four times in the playoffs and his win two weeks ago at Kansas made him the only one of the four championship drivers to win his spot in the finale.

He can’t really explain why everything clicks at Hendrick, where he was given the final crew to work with retired seven-time champion Jimmie Johnson. Larson also believes it is best that way, that crew chief Cliff Daniels can learn more from looking at data than he can from his driver.

Steve Letarte, former crew chief for Gordon and Dale Earnhardt Jr. and now an analyst for NBC Sports, believes Larson staying out of Daniels’ way has been the key.

“Kyle self-admittedly doesn’t understand the setups of a Cup car. He just gets in the car and drives it as fast as it can be driven or to whatever level Cliff expects him to operate it,” Letarte said. “They have a very impressive working relationship.”

The duo needs to click again on Sunday, where Larson must beat Elliott, Hamlin and Martin Truex Jr. in the winner-take-all finale. Elliott and Truex are former champions, Hamlin is 0 for 4 in title chances and this is Larson’s first attempt.

Larson said he doesn’t know how he will feel if he doesn’t close his comeback year with a championship.

“It’s hard for me to think if people will really remember if you don’t win the championship. You can read into that adding pressure that I want to win the championship even more to cap off what’s been a great season,” Larson said. “So that’s my goal. And I hope we can finish it off and be mentioned as one of the top-five greatest seasons ever.”