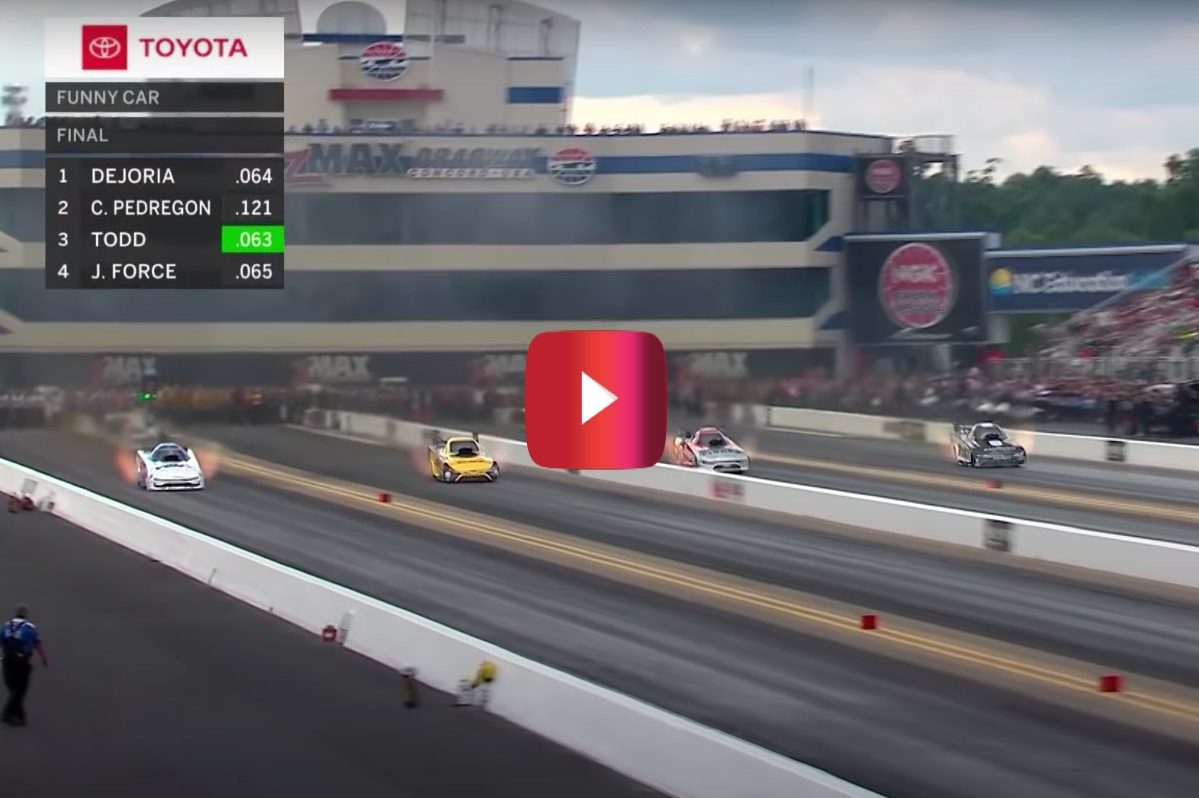 Force beat J.R. Todd, Cruz Pedregon and Alexis DeJoria in the final with a 3.916-second run at 328.78 mph in a Chevrolet Camaro.

?Timing is everything,? Force said. ?I won the inaugural (four-wide race) here and this makes me so proud. Don?t take the job you love for granted. I wanted to win for (track owner) Bruton (Smith), (crew chief) Daniel (Hood), but these kids are tough out here. Some days, things go right, and our car was ready and prepared, and I halfway did my job. I?m excited and I get to send this (Wally trophy) to Bruton, a guy I really love.?