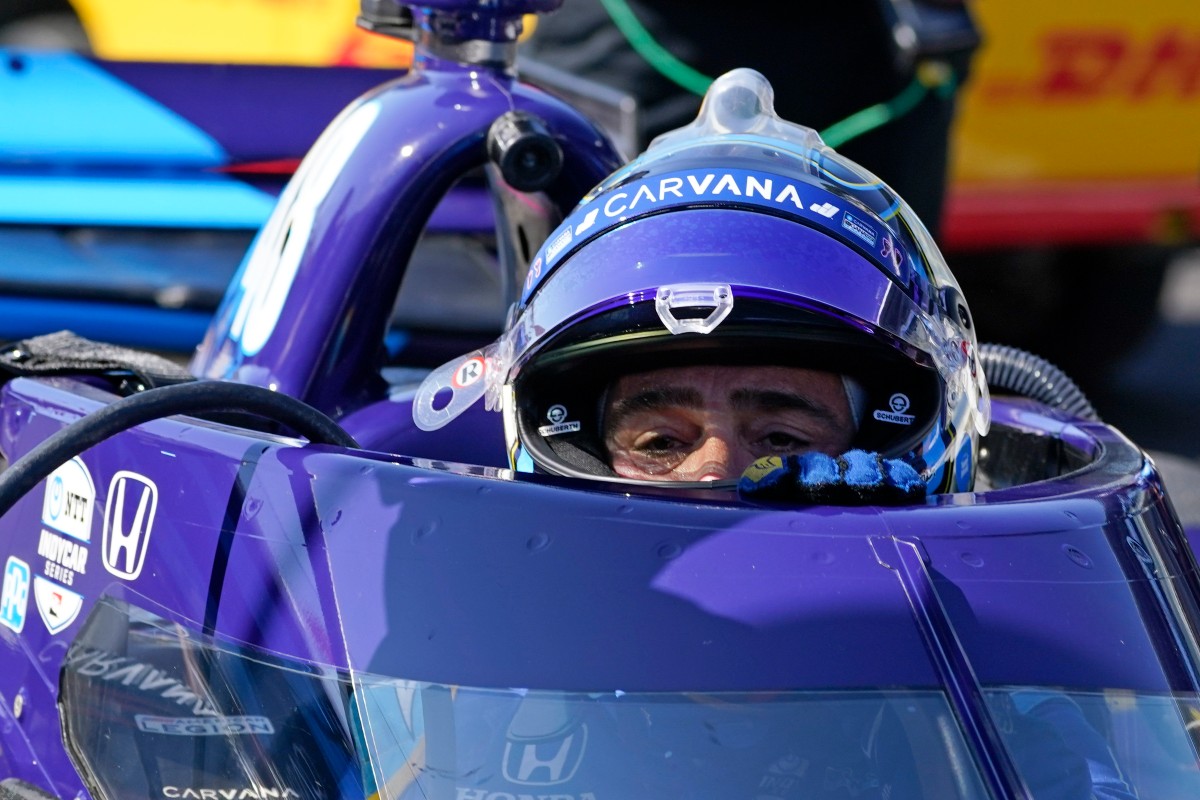 IndyCar rookie Jimmie Johnson is hopeful of testing in August on the oval at Homestead-Miami Speedway as part of a path toward running in next year’s Indianapolis 500.

The seven-time NASCAR champion jumped this season to IndyCar and has competed in seven races for team owner Chip Ganassi. He?s set to race again next weekend at Nashville. Johnson hasn?t finished better than 19th this season.

The 45-year-old Johnson only wanted to drive road and street courses this year but has the desire to drive at Indy next season. Johnson would have to complete the Rookie Orientation Program later this year required to race on the Indy oval.

Johnson texted Grosjean on Tuesday and asked for tips on handling the oval course.

?I?m trying to find my comfort with the ovals,? Johnson said. ?I think he?s in a similar place. We?ve both been chatting over the course of the year about ovals. Really, about the experience altogether. I get more and more comfortable with ovals. Hopefully, the test, when it happens in late August, will go well and I?ll continue to work closer toward the Indy 500 or ovals in general.?

Johnson?s seven NASCAR championships are tied with Hall of Famers Richard Petty and Dale Earnhardt. Johnson said there should be carryover from his NASCAR career in Indianapolis to when he attempts the open wheel run at the Brickyard.

Johnson will miss only the Aug. 21 race at the track outside St. Louis the rest of the IndyCar season. That track is a mile oval. Johnson, who worked the Indy 500 this year as an analyst for NBC, shares the No 48 this season with Tony Kanaan. Kanaan will drive the ovals again in 2022.

Used to the more grueling NASCAR schedule, Johnson is slated for 12 road and street course races and he skipped the four oval races.

?I’ve really wanted to slow down this year and try something new,? Johnson said. ?Both of those things are definitely happening.?