What to Expect From IndyCar’s Season Opener 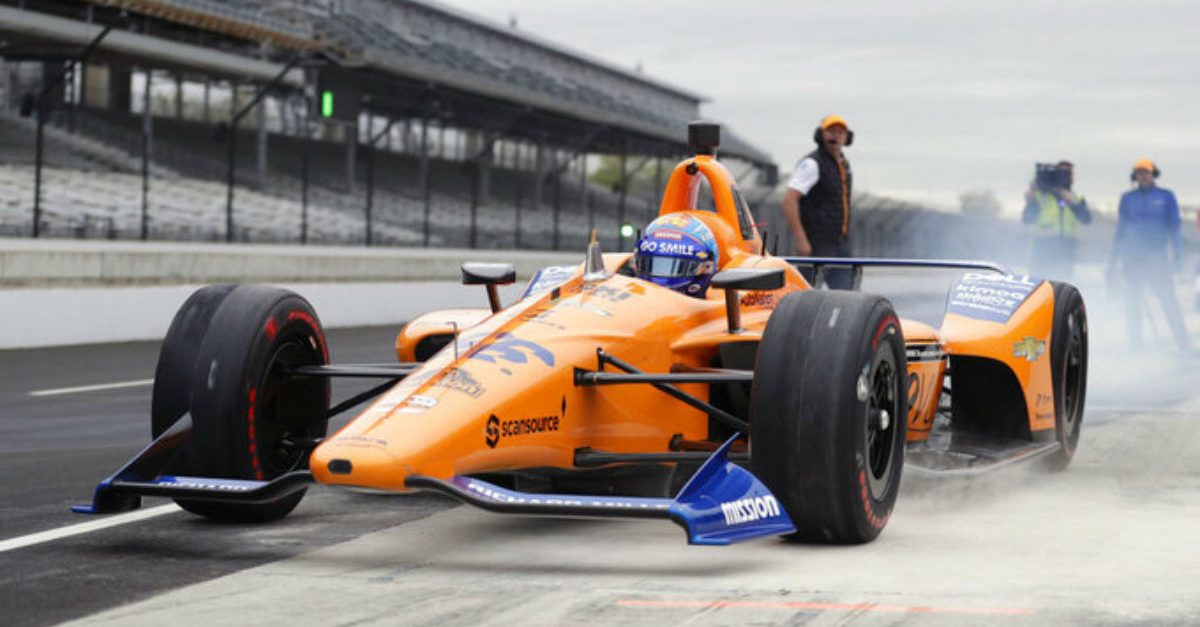 ST. PETERSBURG, Fla. (AP) ? A billionaire and ballistic windscreen will be the obvious attention-getters as IndyCar opens its season Sunday on the streets of St. Petersburg.

Roger Penske, the winningest car owner in Indianapolis 500 history, in January completed the purchase of Indianapolis Motor Speedway and most of its assets. That includes IndyCar, a series many consider among the most competitive forms of racing in the world, and the season begins with Penske literally on top of everything.

The new owner of the league, the prestigious 500 and the landmark speedway is armed with a three-car team that includes both defending IndyCar champion Josef Newgarden and defending Indy 500 winner Simon Pagenaud.

IndyCar opener at St. Pete closed to fans, may be delayed due to coronavirus https://t.co/QrWhqo56Ks pic.twitter.com/WMQuYiAekX

?The parity is better than it?s ever been,? said Newgarden. ?You can get plopped into any situation it seems like right now and have a good, fighting chance. There?s such a depth and talent not just from the drivers but the teams. You have good engineers, good mechanics everywhere. There?s really not any bad seats anymore. ?

The Penske trio and the entire field will spend the weekend adjusting to the aeroscreen, IndyCar?s newest safety development.

After 10 months of testing, the canopy-shaped cockpit protector is intended to ward off debris. Justin Wilson was killed in 2015 when a broken part from another car bounced off his helmet and IndyCar increased its efforts to beef up driver head protection. The PPG-manufactured screen weighs about 17 pounds (7.7 kilograms) and is built to withstand a small object striking it at more than 220 mph (354 kph) . The titanium frame, which weighs 27.8 pounds (12.6 kilograms) , is designed to withstand 34,000 pounds (15,422 kilograms) of load.

It could be a hindrance ? to sight lines and a driver’s ability to rapidly exit the traditionally open cockpit of an Indy car ? and it could make the compartment much hotter. It will be a learning process throughout the season for drivers, teams and even IndyCar, which is being run status quo under leadership in place before Penske?s purchase.

After @H3lio won the 2012 @IndyCar season opener at the @GPSTPete, only one person was on his mind.

Andretti Autosport fields full-time cars for Colton Herta, Marco Andretti, Ryan Hunter-Reay, Alexander Rossi and Zach Veach, while assisting Jack Harvey at Michael Shank Racing. The team is also adding a car for the Indy 500 for James Hinchcliffe, who found a sponsor for three races in an attempt to save his season.

The size of the organization has been an admitted concern to veterans Rossi and Hunter-Reay, who both said they?ve spoken to management about the dangers of getting too big. Rossi has fallen short the last two years in the championship race and Hunter-Reay in 2012 was the last Andretti driver to win the IndyCar title. Rossi?s win as a rookie in the 100th Indy 500 in 2016 was the last for the organization.

?It is something that has caused us some concern, and management has done a good job of explaining to us the reasoning behind every decision made,? Hunter-Reay said. ?When you are able to understand the vision for the company and what the goals are, you understand why many of these deals are done. But you do worry at what expense and you make sure you don?t become that expense.?

The Andretti drivers aren?t alone in failed bids to win the season title. Two of the last three have gone to Newgarden, a Penske driver. The 2016 title went to Pagenaud, giving Penske three in four years. Pagenaud last year famously saved his job at Penske by winning everything possible at Indianapolis in a contract season and now it is Will Power who could be on the hot seat.

Power got an extension after his 2018 victory at Indy but he could be nervous as Penske plans to bring Australian SuperCars champion Scott McLaughlin to the road course at Indianapolis for McLaughlin?s IndyCar debut. Penske has ceded his role as Power’s race-day strategist to avoid a conflict of interest as IndyCar’s owner.

Scott Dixon, the five-time IndyCar champion and most decorated driver of his generation, has driven for Chip Ganassi since midway through the 2002 season and finds himself in a contract year. He?d been courted before by Zak Brown, the CEO of McLaren, which created a team this year with Arrow Sam Schmidt Racing.

Dixon is the longest-tenured driver in team history. But Ganassi has a long year of negotiations ahead as NASCAR star Kyle Larson is also a free agent, meaning the team owners? two biggest assets are up for grabs at the same time.

Arrow McLaren SP stunningly dumped Hinchcliffe, one of IndyCar?s most popular drivers, late last year and instead hired rookies Oliver Askew and Pato O?Ward for its debut. The youngest lineup in IndyCar ? O?Ward is 20 and Askew is 23 and their eight combined IndyCar starts all belong to O’Ward ? will be joined at Indianapolis by Fernando Alonso, who is trying to add the 500 to complete the Triple Crown of the 24 Hours of Le Mans the Grand Prix of Monaco.

Alonso failed to make the race in a comical series of errors in a Brown-led McLaren effort last season, and the Spaniard had no option but to return to a McLaren entry for Indy after Honda refused him an engine to drive for Andrertti.

Dixon will be part of a three-car Ganassi team this year alongside a pair of Swedes. Felix Rosenqvist, who beat Herta and Santino Ferrucci in a spirited rookie of the year race last season, is back for a second season alongside countrymen Marcus Ericsson, who was also booted from Schmidt when McLaren came aboard.

Ferrucci finds himself in an unusual position at Dale Coyne Racing in that he was moved to the lead car (the entry with Jimmy Vasser and James Sullivan) formally occupied by four-time series champion Sebastien Bourdais, who was abruptly fired in December. Bourdais put together a four-race deal with A.J. Foyt Racing that begins in his hometown of St. Pete, where he?s a two-time winner. Fan favorite Tony Kanaan is in that car for the ovals, which includes the Indy 500, as popular drivers Bourdais, Kanaan and Hinchcliffe find themselves in limited roles this season.

Still on the road to St. Pete Beach for IndyCar race. I'll need a parking pass. Requested the lot next to the luxury yachts.
I hope nobody has a problem with that. pic.twitter.com/kGsbKx2jzT

Smaller teams may shuffle their lineups several times this season, particularly with Hinchcliffe leading a trio of semi-employed veterans. The new faces and new look of the car with an aeroscreen are just two changes that are coming as Penske works feverishly to ready the Indy speedway for his debut as host of ?The Greatest Spectacle in Racing.?

?The Hulman-George Family did a phenomenal job getting the Indy 500 to where they did,? Rossi said. ?I think it was time for a fresh set of eyes and fresh input and a group or a person or both that was ready to take it to the next level. If you look at what RP has done in his career and life whether it?s motorsports or not, and everything is exceptional. We are all expecting nothing less.?