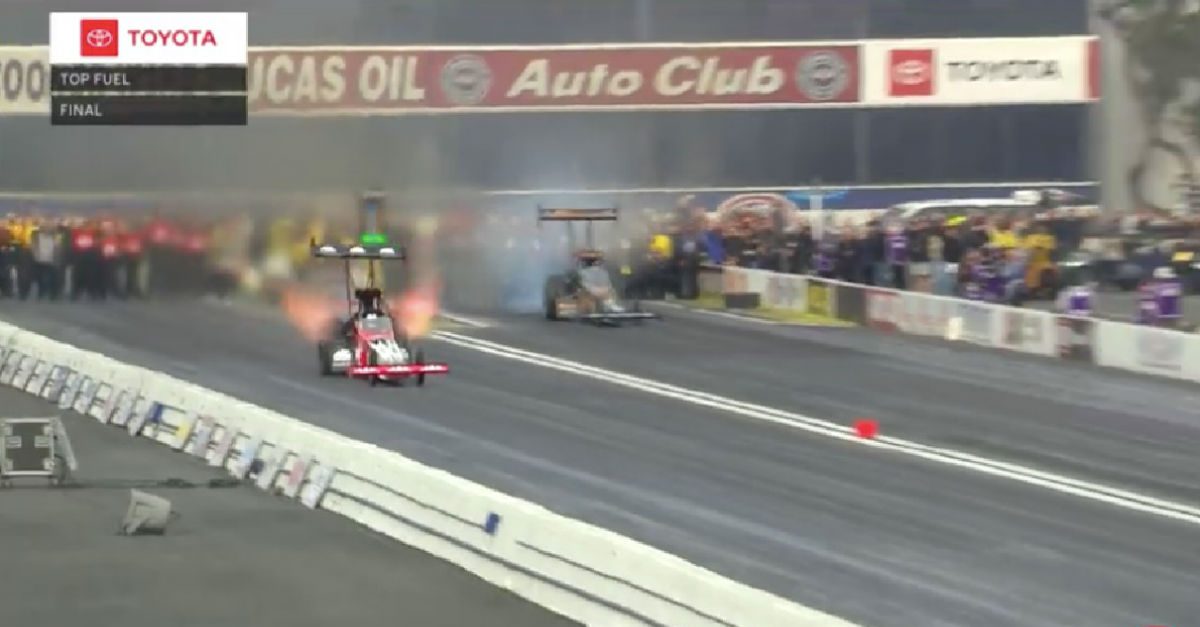 The victory was the 48th of Kalitta?s career. He defeated Brandon Welch, Justin Ashley and Brittany Force to advance to the finals, where he beat Austin Prock during Sunday?s final round.

?We?ve got a great group of guys,? Kalitta said. ?I was looking at the win light and I was happy seeing that yellow light. Austin is a good driver and he?s killer on the tree. It?s going to be an interesting year with all these younger guys that are hungrier than heck.?

Beckman picked up his first win at the Winternationals with a 3.837-second pass at 333.33 mph. The victory was the 31st of Beckman?s career.