Aric Almirola Will Retire at End of 2022 Season, Says “It’s Time for the Next Chapter of My Life” 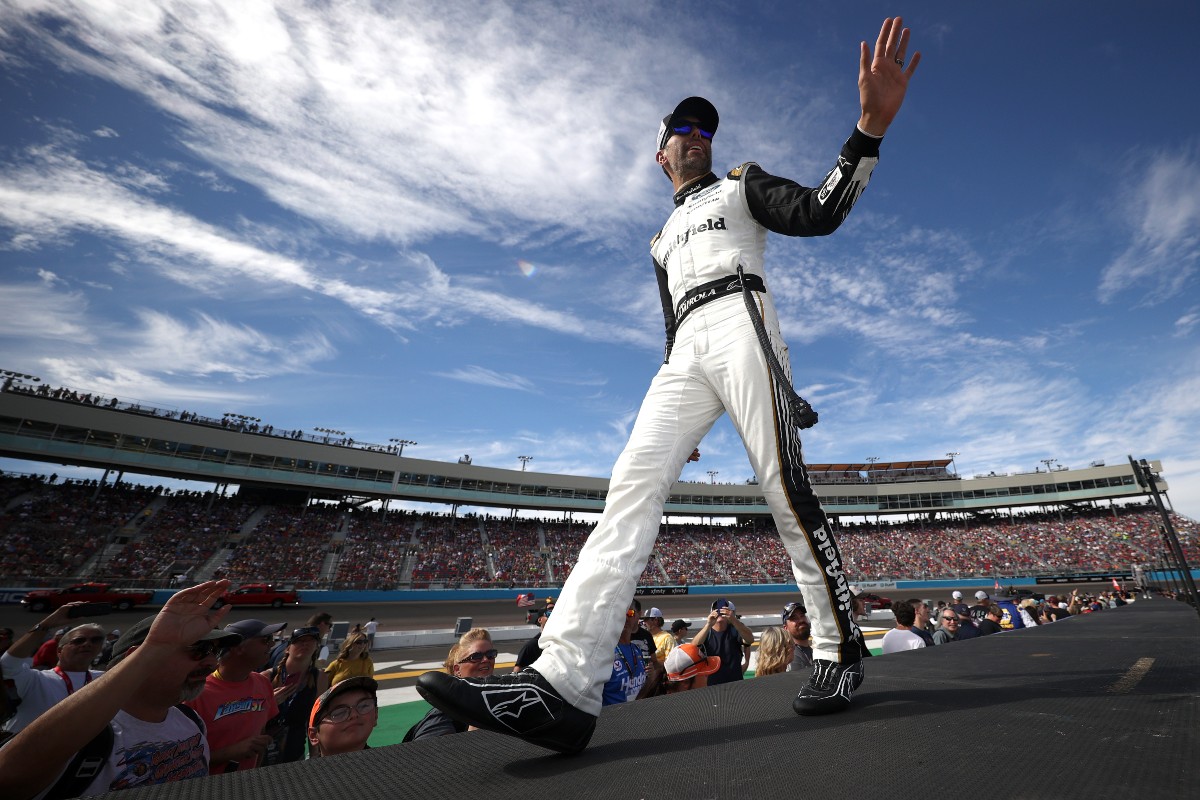 CHARLOTTE, N.C. (AP) — NASCAR veteran Aric Almirola will retire from competition at the end of the 2022 season to spend more time with his young family.

Almirola revealed his plans Monday to the employees at Stewart-Haas Racing at the same time Smithfield Foods announced its 11th season sponsoring the driver.

“To be the best in this business you’ve got to be selfish and for the last 37 years my life has always revolved around me and what I needed to do,” Almirola said. “I want to be present. I want to be the best husband and father, and that to me means more than being a race car driver.”

“So it’s one more year where I’m all in on racing, where we’ll do whatever it takes to compete at the highest level. But when the season is over, I’ll be ready to wave goodbye. I’ve loved every minute of it, but it’s time for the next chapter of my life.”

I’ve got something to say…

Almirola, a Tampa native of Cuban descent, made his NASCAR national series debut in 2005 in the Truck Series. His first victory was recorded two years later in the Xfinity Series at Milwaukee, but it was a controversial race: Denny Hamlin, his teammate then at Joe Gibbs Racing, was supposed to race the car with Almirola just a fill-in until Hamlin arrived from Cup Series practice held in Sonoma, California.

Almirola qualified the car, led 43 laps and was in third when Hamlin arrived and replaced Almirola in the seat. Hamlin crossed the finish line in first but an angry Almirola was scored the winner because he was the driver who started the race.

Almirola made his Cup debut with Joe Gibbs Racing in 2007 but moved to Dale Earnhardt Inc. later that season. He became a full-time Cup driver with Richard Petty Motorsports in 2012 — the same year he partnered with Smithfield — and scored his first Cup victory two seasons later in the rain-shortened July race at Daytona.

Almirola and Smithfield moved to SHR in 2018, and Almirola has made the playoffs in all four seasons driving the No. 10. He has three career Cup wins and finished a career-best fifth in the 2018 standings.

“In addition to being an incredibly talented racer and devoted family man, Aric embodies Smithfield’s values and has embraced our commitment to do good for our customers, employees and communities,” said Shane Smith, president and CEO of Smithfield Foods.

The pandemic has cut NASCAR’s schedule to mostly one-day events the past two years — down from full three-day weekends for decades — and allowed drivers to live a more traditional life and attend extracurricular events with their families. Almirola, who turns 38 in March, has a son and daughter.

Almirola said he made the decision to retire with his wife, pondering if he could afford to retire young and that he’d regret not stepping away to spend time with his children before they are grown.

“The answer I kept coming up with is that I can’t afford not to,” he said. “We’re going to have a 10-year-old in Alex and a 9-year-old in Abby, and I’m going to have a short window with them while they still think Dad is cool. I want to be there for them and to be a part of the things they’re interested in.”

READ MORE: Aric Almirola Called His Wreck at Kansas the Worst of His Career, and It’s Easy to See Why