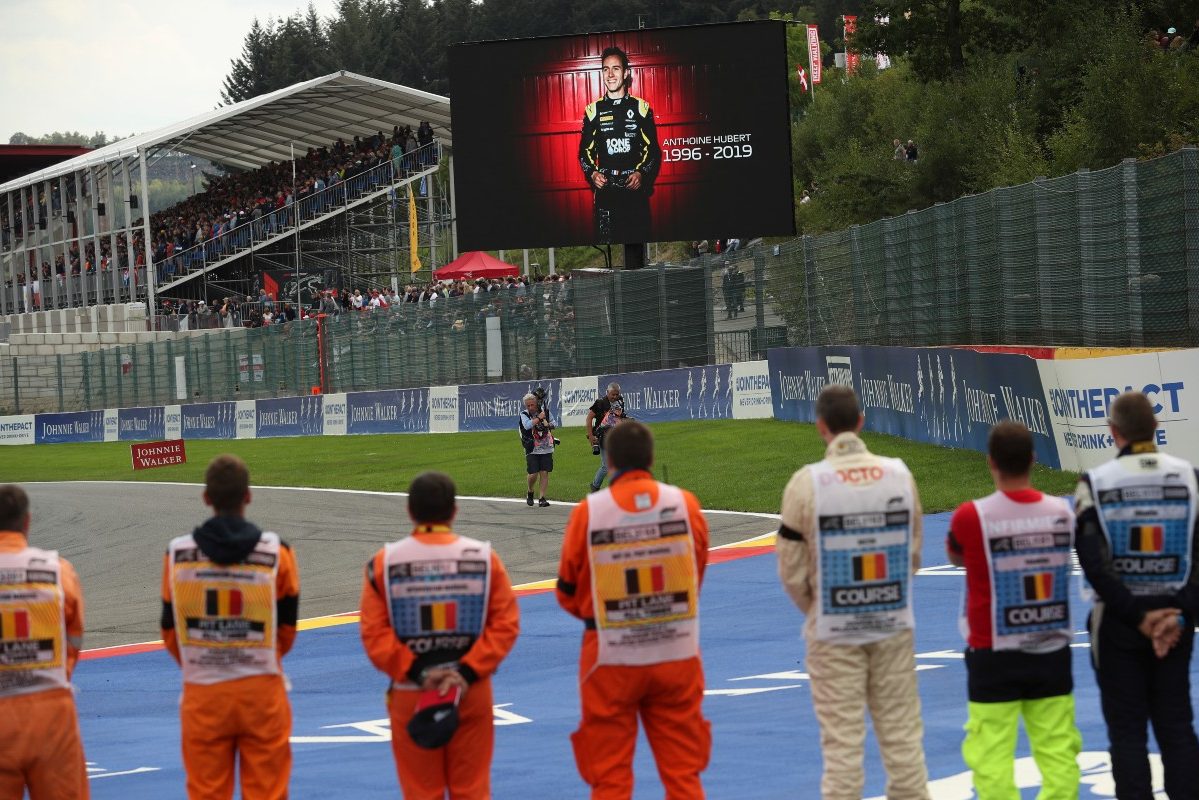 Like anything else, professional racing has its highs and lows. The thrills on the track is enough to fuel even the biggest of gearheads. However, some days you witness the absolute lowest points of racing. It is then that people can get the truest perspective of how dangerous the sport actually is.

During the Formula 2 Belgian Grand Prix in 2019, driver Anthoine Hubert was involved in a fatal accident. It’s always heartbreaking to see a young, talented driver like this have his life taken by the sport. Hubert proved his talent and rose through the ranks fairly quickly and was on his way to racing Formula 1 at just 22 years old. Let’s take a closer look at the career of Anthoine Hubert and the crash that changed everything.

Originally born in Lyon, France, Hubert began his motorsports career at the young age of eight. He started karting in 2004, by 2010, he finished as the runner-up for the CIK-FIA Karting Academy trophy. The two years that followed he finished third.

Hubert made a big move to single-seater racing in 2013, when he joined the French F4 Championship. This was the point where he proved just how talented he was. During his very first season, he went on to win the series with 11 race wins and two additional podium finishes. The very next year, the Frenchman joined Tech 1 Racing and started competing in the Eurocup Formula Renault 2.0, where he finished 15th overall. He also grabbed a fifth place overall finish the following year in the same series.

In 2016, the racer made the change up to the European Formula 3 Championship, driving for Van Amersfoort Racing. It only took him two races to take home a victory at Norisring. Following the season, he even participated in the F3 post-season testing with ART Grand Prix. He stayed on the ART team for both the 2017 and 2018 seasons, winning a title and continuing to make a name for himself.

Eventually, he landed a spot in the FIA Formula 2 Championship. In 2019, Hubert joined BWT Arden as a full-time F2 racing driver. He achieved two wins during the first half of the season. Anthoine Hubert was climbing the ranks extremely fast and was on his way to Formula One. He became an affiliated driver in 2018 with Renault Sport Academy, and by 201,9 he had a full backing to race in the next Formula 1 season.

Read More: Lewis Hamilton Net Worth: The 6-Time Champ Is the Highest Paid F1 Driver for a Reason

In 2019, Hubert was involved in a fatal crash during the second lap of the feature race of the Spa-Francorchamps FIA Formula 2 round.

Driver Giuliano Alesi had a punctured tire, which caused him to lose control as he climbed the Raidillon curve and hit the left wall of the circuit, sending debris all over the track. Alesi’s teammate, Ralph Boschung, was coming up on the crash, so he hit the brakes and moved towards the run-off area of the track to avoid the wreck and debris. Hubert was right behind Boschung as he made this maneuver. Hubert tried to move to the right as well, but he clipped Boschung’s rear tire, which sent him crashing into the tire barrier and deflecting right into the direct path of Juan Manuel Correa.

Correa struck the left side of Hubert’s car at a high-speed of over 150 MPH, which caused both cars to completely tear apart. The complex crash sequence was basically unavoidable for Correa. The chain of events that led up to the crash happened much too fast for either driver to react. Both Hubert and Correa were transported to the medical center by the rescue services. Hubert did not survive the crash.

Correa sustained severe leg injuries, but reportedly remained conscious during the event. He was placed in a medically induced coma around a week later. He remained in a coma for the following two weeks and is currently working on recovering and making a return to Formula 2.

Following the death of Anthoine Hubert in Belgium, there were tons of teams and drivers who paid tribute to the young driver. The feature race was not completed, and the following sprint race was cancelled out of respect. A moment of silence was held before the September Formula 1 and Formula 3 races began.

Charles Leclerc, driver of the Ferrari Formula One car, dedicated his win to Hubert. Additionally, all safety cars, track inspection cars, ambulances, and car recovery vehicles made a lap on Circuit de Spa Francorchamps to pay their respects.

Soon after the F2 crash, the Fédération Internationale de l’Automobile started an investigation. The investigation ended up recommending that Formula 2 cars be built to the same safety standard as the Formula 1 cars. However, Racing Point Tech boss Andy Green stated that the high level of energy caused by the crash would have even destroyed a Formula 1 car.

The Anthoine Hubert Award was introduced at the FIA Formula 2 Championship prize-giving ceremony in Monaco. This award will be given to the highest-placed rookie driver without F2 experience.

Hubert lost his life way too soon due to this unfortunate event, but his legacy and his impact on racing will live on for many more years to come.