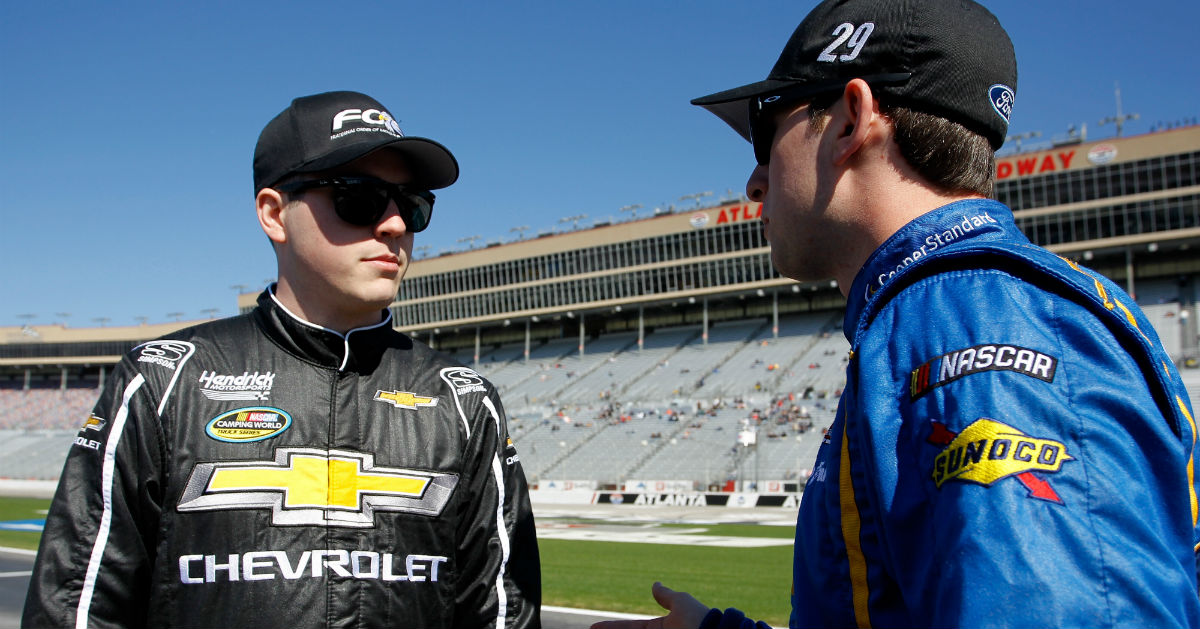 Alex Bowman is one of the rising young guns in the Cup Series. The former two-time Rookie of the Year (2011 K&N Pro Series East and 2012 ARCA Racing Series) has high expectations as a member of Hendrick Motorsport.

He also has something else — a nickname he’d rather not have.

“I think at this point I?ve just got to own it, right?” Bowman said during media availability.  “I don?t see it changing anytime soon,” Bowman said. “I?m not the biggest fan of it, but (it) kind of is what it is at this point.”

Bowman picked up the nickname during his ARCA racing days, and he hasn’t been able to shake it. Not only does he have a nickname, but he’s got one for his crew chief, Greg Ives.

“Greg has been great to work with,” Bowman said. “He’s still ‘the Riddler.’ Sometimes he puts out sentences that you are like, ‘What?!’ But he’s so smart. He’s just great to work with and is always looking out for any little advantage he can get.”

So, might we see “Bowman the Showman on t-shirts? Bowman doesn’t sound like a fan of the idea.

“Oh man, I don’t know,” he said in remarks reported by ESPN. “I’m not in charge of the T-shirt department. If they put that on a t-shirt, you won’t see me wearing it, I can tell you that much.”