A.J. Allmendinger’s Wife Does More Than Just Cheer on Her NASCAR Husband 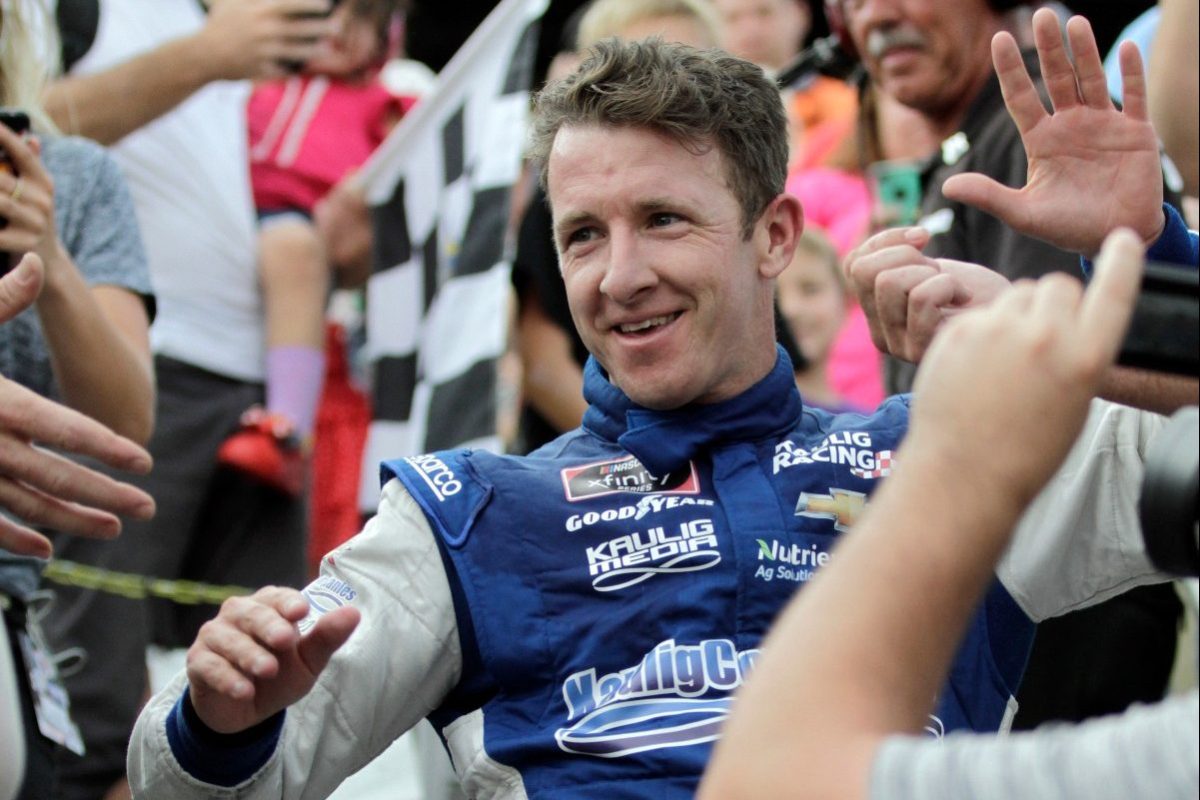 It’s always interesting to learn about successful NASCAR drivers’ better halves. The drive to win is always more desirable when you’ve got someone by your side. On many occasions, their significant other gets overshadowed by the fame of the racer, but that doesn’t mean they have any less-notable achievements to talk about.

NASCAR driver AJ Allmendinger’s wife, Tara Meador, is one of these racing wives that deserves a little recognition. She’s the perfect example of someone who radiates with beauty and brains. Tara is actually the second wife of Allmendinger. Previously, he was married to Canadian model and chiropractor Lynne Allmendinger. She later went back to Lynne Kushnirenko after divorcing A.J. five years later in 2012. Things weren’t exactly great for Allmendinger at this time, as he also faced suspension from the Coke Zero 400 race after a random drug test.

However, it seems as if things were meant to work out the way they did, because Tara came into the picture in 2015, and it appears that she’s here to stay.

What to Know About Tara Meador

Originally from Nebraska, Tara Lea Meador graduated from Fort Calhoun High School back in 2007. Following this, she attended the University of Nebraska-Lincoln, where she received her Bachelor’s and Master’s degrees. During this time, she won countless awards for her academics, as well as her co-curricular and extra-curricular activities. There’s no doubt that she’s a smart woman.

Her professional career includes a wide variety of positions. In recent years, she’s worked as an aquatic consultant and design associate in the North Carolina area. That said, she’s also an activist for the Catawba Riverkeeper, a motivational speaker, and even an avid American pageant contender. Her social media is filled with tons of pictures from different pageant events, so it’s clear Tara has a strong interest in the health and beauty industry.

As for her hobbies, she’s always been just as big of a sports fan as her stock car driver husband himself. Maybe that’s part of the reason they mesh so well. Even before they met, Tara was no stranger to attending races, or different NBA and NFL games. Interestingly enough, the two were first introduced at the 2015 Indianapolis 500. A.J. was driving his Chevrolet full-time for the JTG Daugherty Racing team in the NASCAR Sprint Cup Series at the time, and Tara quickly fell in love with him, as well as the racing lifestyle as a whole.

In 2016, Tara and AJ took in a cat, which they named Mr. Tickles. The cat has actually grown in popularity over the years, and has its own Instagram and Twitter accounts with a few thousand followers. At one point, Mr. Tickles was even featured on the NASCAR website. As it stands, this is the only “child” that the couple has currently. Well, that and their french bulldog named Xena…yes, named after the Warrior Princess.

Finally in 2019, longtime girlfriend Tara Meador became wife Tara Allmendinger in a beautiful wedding ceremony. These two seem like a perfect match, and you can guarantee that whether A.J. is racing his Chevy at Charlotte, Atlanta, Daytona, or Bristol Motor Speedway, Tara will be right there cheering him on. What more can you ask for?