A.J. Allmendinger’s Drug Suspension in 2012 Was a Small Speed Bump in the NASCAR Driver’s Career 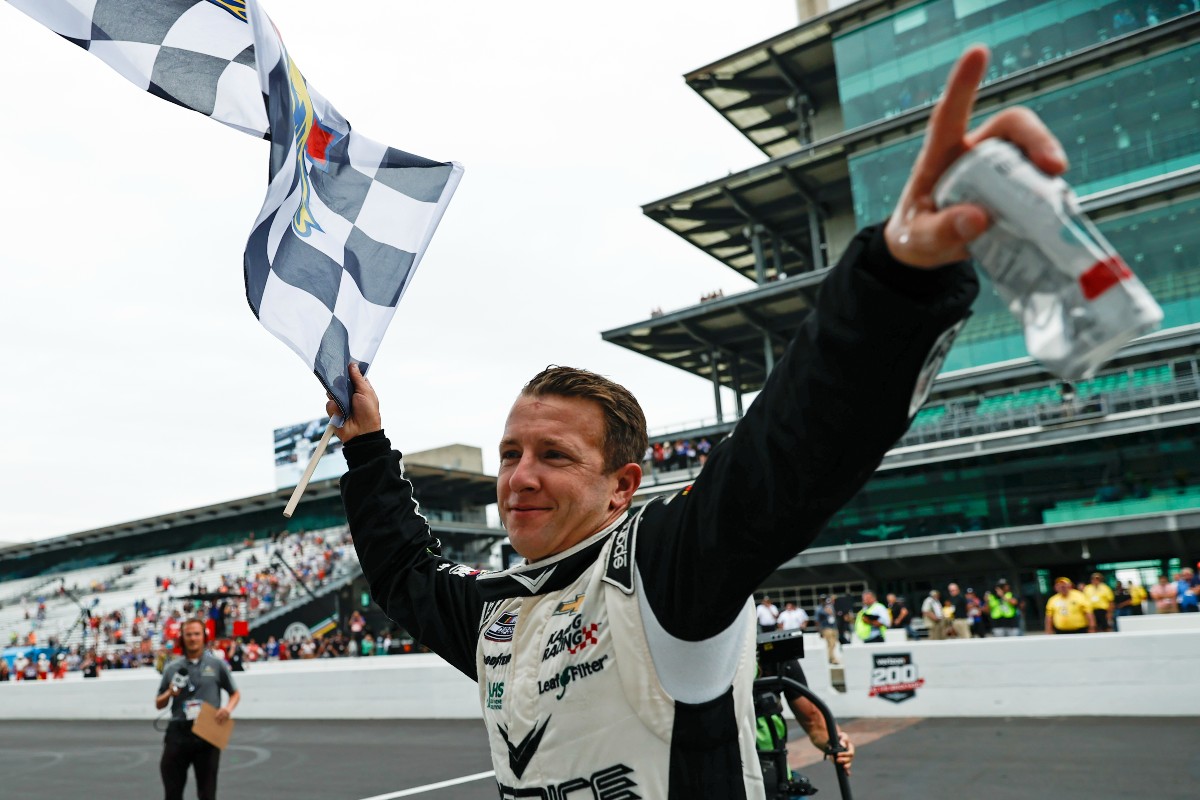 People look at A.J. Allmendinger, and they see a solid NASCAR vet. It’s only reasonable, considering his motorsports track record. Currently, he competes full-time in the NASCAR Xfinity Series and part-time in the NASCAR Cup Series for Kaulig Racing in the No. 16 Chevrolet. He also works as an analyst for both NBC Sports and NASCAR America.

The Los Gatos, California native first made a name for himself on the open-wheel circuit, but Allmendinger eventually transitioned to NASCAR with Team Red Bull. Since then, he’s worked with legendary race teams like Richard Petty Motorsports, Team Penske, Phoenix Racing, and JTG Daugherty Racing. He brought home his first Cup Series win at Watkins Glen Internationalin 2014, and has secured 61 top-10 finishes during his Cup Series career. Additionally, he has 30 top-10 finishes in the Camping World Truck Series and Xfinity Series.

He’s certainly a guy that people look up to, but Allmendinger’s road to get there wasn’t entirely smooth. If you remember back in 2012, he was suspended from NASCAR, and it surely gave him a roadblock to overcome. Let’s take a look back at what actually happened, and how he bounced back.

By the end of the 2011 season, Allmendinger had made the decision to leave Richard Petty Motorsports to join Penske Racing. His best finish during this season was second place at Martinsville Speedway.

While 2012 was shaping up to be a good year with Team Penske, A.J. was stopped in his tracks in July. He failed a random drug test, and, as a result, he was not allowed to participate in the Coke Zero 400 at Daytona International Speedway. Following this, he was ordered to take a B sample test to confirm the results, and when they came back, it wasn’t good news.

In late July, NASCAR suspended Allmendinger indefinitely after the tests revealed a positive result for amphetamine. He was released from Penske Racing shortly after this, and, according to the driver, the “cause of the positive test was adderall that he had unknowingly taken, being told it was an ‘energy pill.'” Fortunately, A.J. decided to participate in NASCAR’s Road to Recovery Program. After completing the program, he was officially reinstated by NASCAR in September.

Allmendinger was now able to race, but still had the problem of finding a sponsor. While looking for opportunities in both IndyCar and NASCAR, he eventually found a spot with Phoenix Racing, and returned for the race at Charlotte Motor Speedway.

In a tweet sent following his return, he addressed and thanked his fans for the overwhelming support. Even though he was relatively silent during his recovery process, he returned to the sport stronger than ever. Amazingly, he went from a suspension to now sitting in second place in the 2021 NASCAR Xfinity Series standings. Tack on his recent win at the chaotic Cup race at Indianapolis Motor Speedway, and it’s clear that A.J. has put his short brush with controversy far behind in the rearview mirror.