Driver done early at Martinsville after getting clipped by Danica Patrick 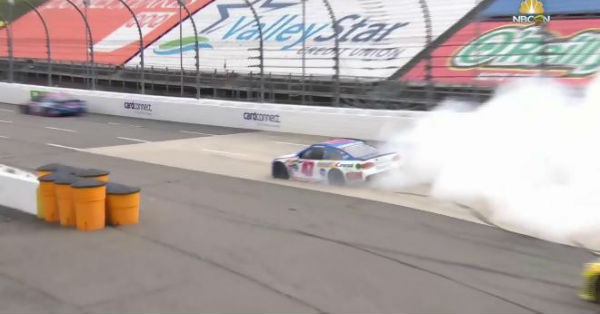 That’s it for AJ Allmendinger.

After getting tangled with Danica Patrick, Bob Pockrass of ESPN reported that he’s done for the day.

The caution flag came out in Stage 1 of Sunday’s race at Martinsville after Patrick clipped the back of Allmendinger’s car.

Allmendinger spun out, and his car suffered damage. Patrick’s car was unscathed as she avoided most of the damage.

Related: With Bubba Wallace getting a sponsorship, is Danica Patrick next?

The caution came out earlier in the race for David Ragan, but it was mostly a clean first stage of the race without big wrecks.

It’s a cold and rainy day at Martinsville, so there’s a possibility of accidents throughout the remainder of the race.