JR Motorsports mechanic was not alone in his final moments 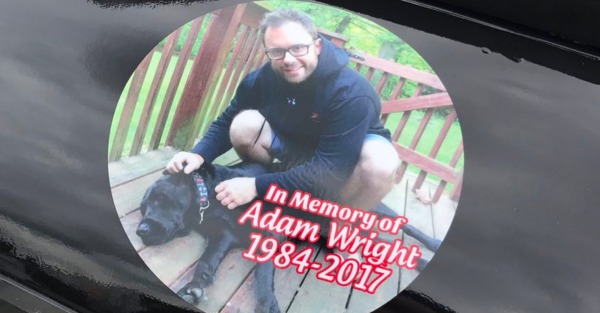 Adam Wright, a mechanic for JR Motorsports’ Xfinity Series team, died last Sunday night in Statesville, NC, but he was not alone.

The 33 year old was involved in a single car crash where his car left the road and became airborne according to NC State Patrol trooper J.S. Swagger. Per the Star-Telegram, Officer Swagger also noted that Wright had his best friend by his side in the final moments.

Wright’s black lab, Lizzy, was by his side and was protecting her owner as responders arrived. Animal control had to be called to remove Lizzy but will be returned to Wright’s family.

Adam was a noted dog lover, as his ex-girlfriend Brittnye Stanfill told the Statesville Record and Landmark:

“His life revolved around his dogs. If someone kept them, he’d ask for updates every hour. He’d ask me for one more photo of Bentley before bed.”

His family has asked for donations to their local animal shelter or St. Jude Children’s Research Hospital in Memphis, Tennessee in lieu of flowers.