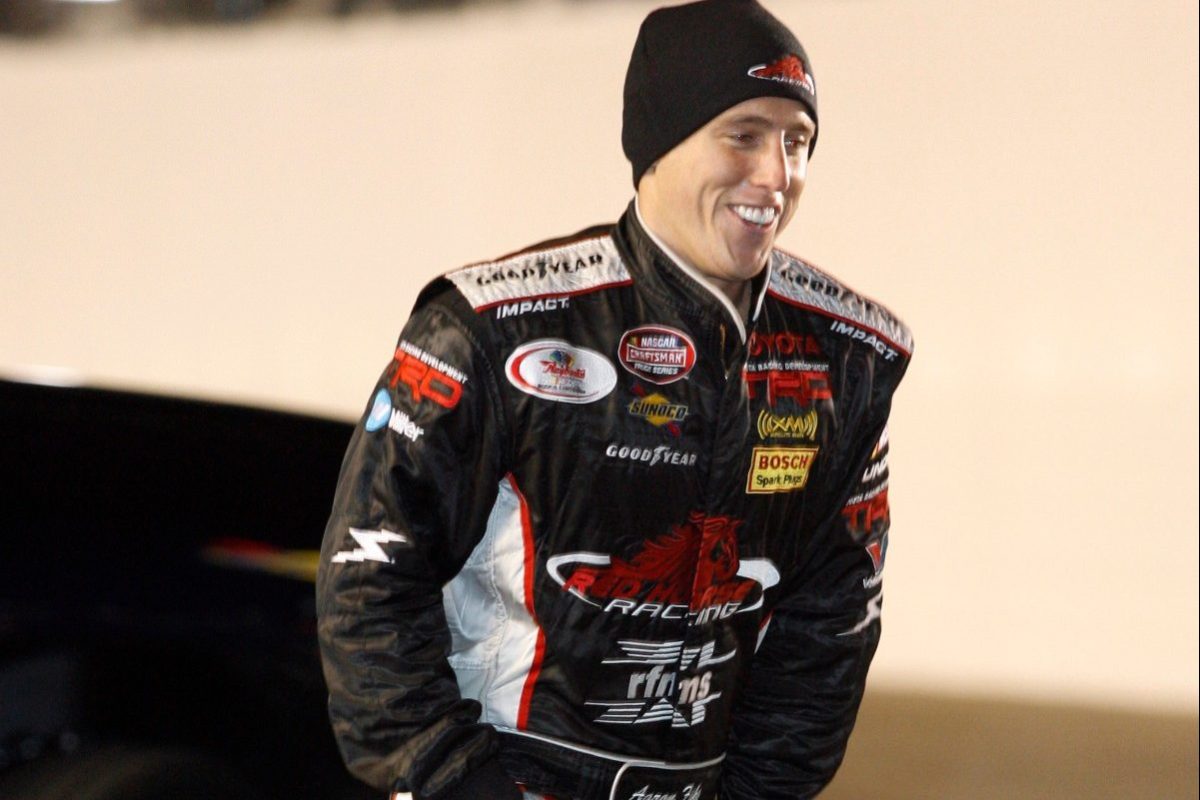 Who remembers former NASCAR driver Aaron Fike? He was somewhat of a well-known name in motorsports in the early 2000s, crafting a reputation for himself in both USAC and NASCAR. Sadly, he struggled with drugs, which essentially marked the end of his professional auto racing career.

Born in Galesburg, Illinois, Aaron grew up racing alongside his brother A.J. Fike. He proved to have some real talent behind the wheel, despite the troubles that occurred down the road. Let’s check out his achievements, as well as his biggest roadblock that stopped him from racing.

Starting in 2001, Fike began racing in the USAC Silver Crown Series. Amazingly, he became the youngest driver to win a Silver Crown race, even breaking Jeff Gordon’s record on the track. He finished in 10th place during his first year, and also brought home the Rookie of the Year award.

Fike won seven midget feature races on top of winning the Badger Midget Auto Racing Association championship in 2002. Additionally, he won the IRL Infiniti Pro Series race. The following year in 2003, he took it all the way, winning both the USAC “Night Before the 500” race and the World Championship Midget Feature in Auckland, New Zealand. Fike won Rookie of the Year during this season, as well.

He made his debut into stock cars with an ARCA Re/Max Series race at South Boston Speedway. Fike finished 9th in that race, and started racing part-time in the Busch Series in 2004 for GIC-Mixon Motorsports. In 2005, he signed a driver development contract with Brewco Motorsports, where he split time in the race car with fellow driver Greg Biffle. His best finish was only 14th place, so his contract was not renewed.

He signed on with Kevin Harvick Incorporated in 2006, and in 2007, he drove for Red Horse Racing in the Craftsman Truck Series. Despite getting four top-10 finishes and sitting in 8th place in the standings, his last race was the O’Reilly 200 in Memphis due to more serious challenges that came up during this year.

In July 2007, Aaron Fike was in a vehicle with his fiancée and Red Horse crew member Cassandra Davidson in the parking lot of Kings Island in Mason, Ohio. Police later arrived on the scene, after they were called when someone noticed suspicious activity.

After being asked to step out of the vehicle, Fike attempted to flee the scene, striking the officer with the side mirror in the process. He was eventually stopped, and police found him in possession of heroin and various drug paraphernalia after searching the vehicle. Davidson admitted that the heroin was being used by both she and Fike, and they were each arrested at that time.

Fike and Davidson were suspended from NASCAR indefinitely. Fike’s misdemeanor possession of drug abuse instruments charge was eventually dropped by the prosecutors, but he was sentenced to two years of probation after agreeing to establish a non-profit anti-drug group called Racing Against Drugs.

In a 2008 interview with ESPN, Fike said that he had a long history of painkiller abuse, and that he had also used heroin on race days. Luckily, this was a massive turning point in Fike’s life. He completed four months of treatment for his addiction, and eventually made his way back into racing midget cars. That said, he was still forced to complete a drug test at his arrival to the track for every race following this.

Aaron took things even further by completing NASCAR’s Substance Abuse Policy Road to Recovery Program. Shortly after finishing the program, he received a reinstatement from NASCAR. Despite being able to race stock cars once again, Fike did not ever actually return to NASCAR.

He may not race professionally anymore, but he does still do some racing in his spare time. He’s much more comfortable sticking with his roots in midget car racing, and it appears as if he stays clear of all drugs at this point in his life.