A young driver picked up his first career win at Pocono 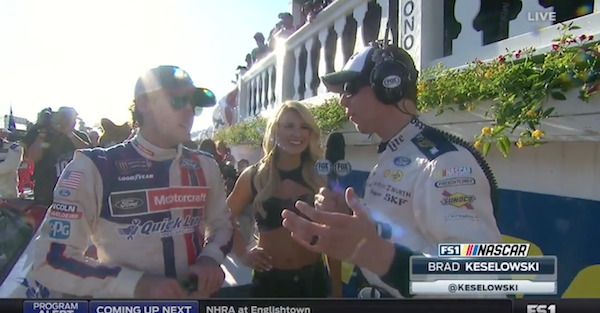 For the first time in his young career, 23-year-old Ryan Blaney picked up a win in the Monster Energy NASCAR Cup Series.

Blaney held off Kevin Harvick to secure the win.

Kyle Busch led the race with 10 laps to go, but Blaney quickly made up the ground and passed Busch on Lap 151.

The race wasn’t as successful for some other well known drivers. Jimmie Johnson and Jamie McMurray suffered crashes in Stage 2 of the race, while Dale Earnhardt Jr. didn’t finish the race due to engine problems.

Blaney moved up to No. 12 in the standings, and his win secured a bid in the playoffs.

Keselowski and Chase Elliott each moved up two spots to No. 5 and No.6, respectively.

Blaney will look to go back-t0-back next Sunday at Michigan International Speedway.