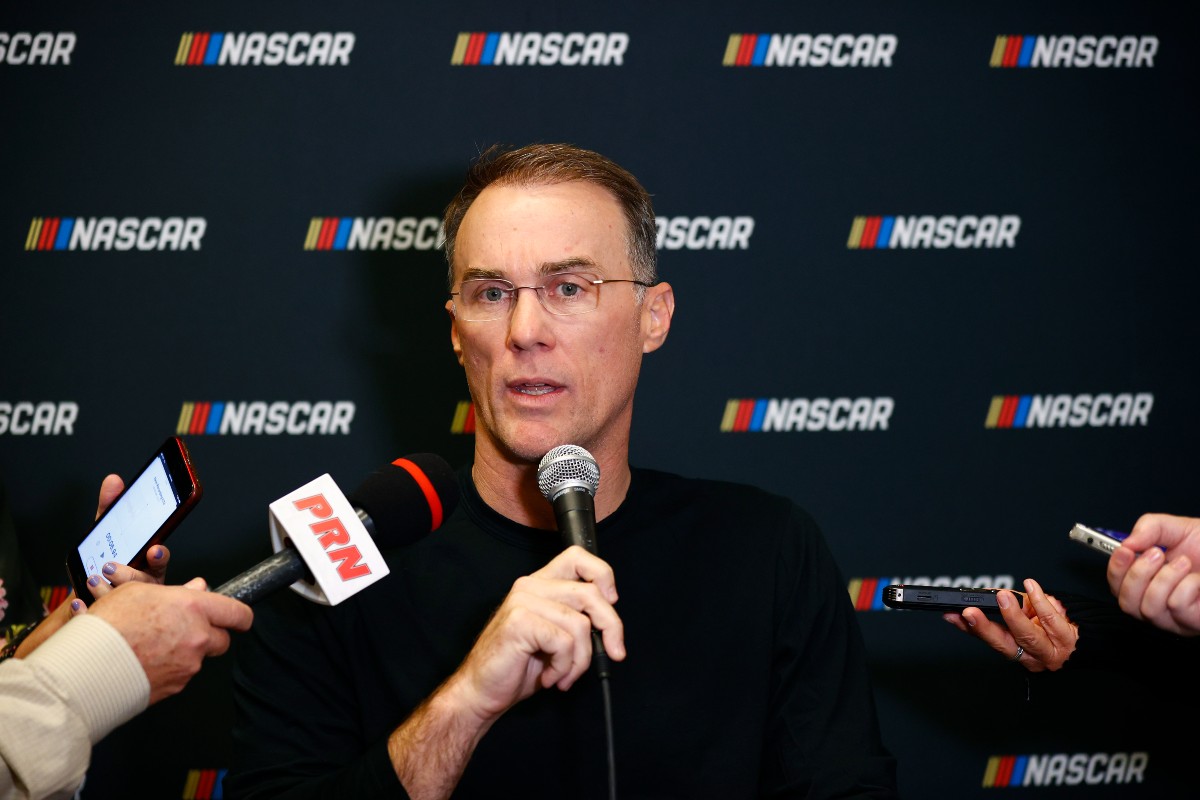 How much is too much to pay for a charter in the NASCAR Cup Series?

Apparently for Denny Hamlin and 23XI Racing, $13.5 million is not too much.

During NASCAR’s Champions Week in Nashville, Hamlin confirmed 23XI Racing paid that much to secure a charter from Starcom Racing. The charter will be used for Kurt Busch’s No. 45 Toyota in 2022.

Hamlin’s team resorted to buying the Starcom charter after a previous deal with Front Row Motorsports fell through in October.

“All it did was tell me my investment last year of $4 million (in the team’s first charter) was a good investment,” Hamlin said. “The price will only go as high as there is the demand. We needed one. And we just bit the bullet. We look at is it more of an average. What have we spent on our two charters over the last two years? So we look at that and say it’s still a good investment from our standpoint.”

Hamlin, who co-owns the team with NBA legend Michael Jordan, observed the cost of a charter — intended to be the equivalent of a franchise — pales in comparison to the cost of buying a sports team in other leagues.

“What we want is the businessman up in New York, or L.A. to say, ‘Huh, why aren’t we owning a NASCAR team?'” Hamlin said. “We have to create that interest somehow. If you have a WNBA team selling for $80 million, and one team in Cup, we’re salivating over it costing 13 million. Let’s think about that.”

One investment Hamlin isn’t regretting is his newest driver.

Kurt Busch, the 2004 Cup champion, has joined 23XI for what will be his 22nd full-time season in Cup. Busch’s first on-track time for the team came in last month’s Next Gen test at Charlotte Motor Speedway.

“I underrated his talent,” Hamlin said. “I worked with him at the Charlotte test. He’s not good. He’s great. He was faster than all of us the whole test, the JGR cars. He’s everything that his previous teammates said he was gonna be so far.”

Before Busch was locked in to join the team, Hamlin had lunch with three former teammates of Busch to “vet him out.”

“I didn’t know how he was behind closed doors,” Hamlin said. “They all unanimously said that he’s absolutely the person you have to have. He’s the best teammate. And I see it now.”

Hamlin cited one of Busch’s teammates from his days at Roush Racing to put his talent in perspective.

“He’s the ageless wonder. He reminds me of Mark Martin,” Hamlin said. “The guy’s still fast, it doesn’t matter how old he gets.”

Kevin Harvick Dishes on the Next Gen Car

After driving the Next Gen car for the first time last month at Charlotte, that’s what Kevin Harvick believes it needs.

“They’re just not at the particular speed that they need to be,” Harvick said in Nashville. “Right now you don’t have enough power to start a pass when somebody screws up.”

NASCAR announced earlier this year it intended to field two non-superseedway rules packages in 2022: a 670-hp package at shorts tracks, road courses, and Darlington/Nashville. A 550-hp package would be used on ovals like Charlotte.

“From my standpoint, there’s not any issue with the 670 (package),” Harvick said. “I don’t think there’s anybody that doesn’t want more horsepower (for intermediates). Just because the car has more drag, and it’s slower than the current car. I think that the easiest thing to do is make it the same as the short track engine package to make it as easy on the engine shop as possible. If I was in charge, I would send that press release out yesterday that we’re going to go to more horsepower.”

“I certainly believe it would be good for the financial side of the sport,” Hamlin said. “I do talk to our manufacturer (Toyota), and they would rather develop one engine versus multiple engines. You can dial in your resources to doing one thing versus trying to do multiple things.”