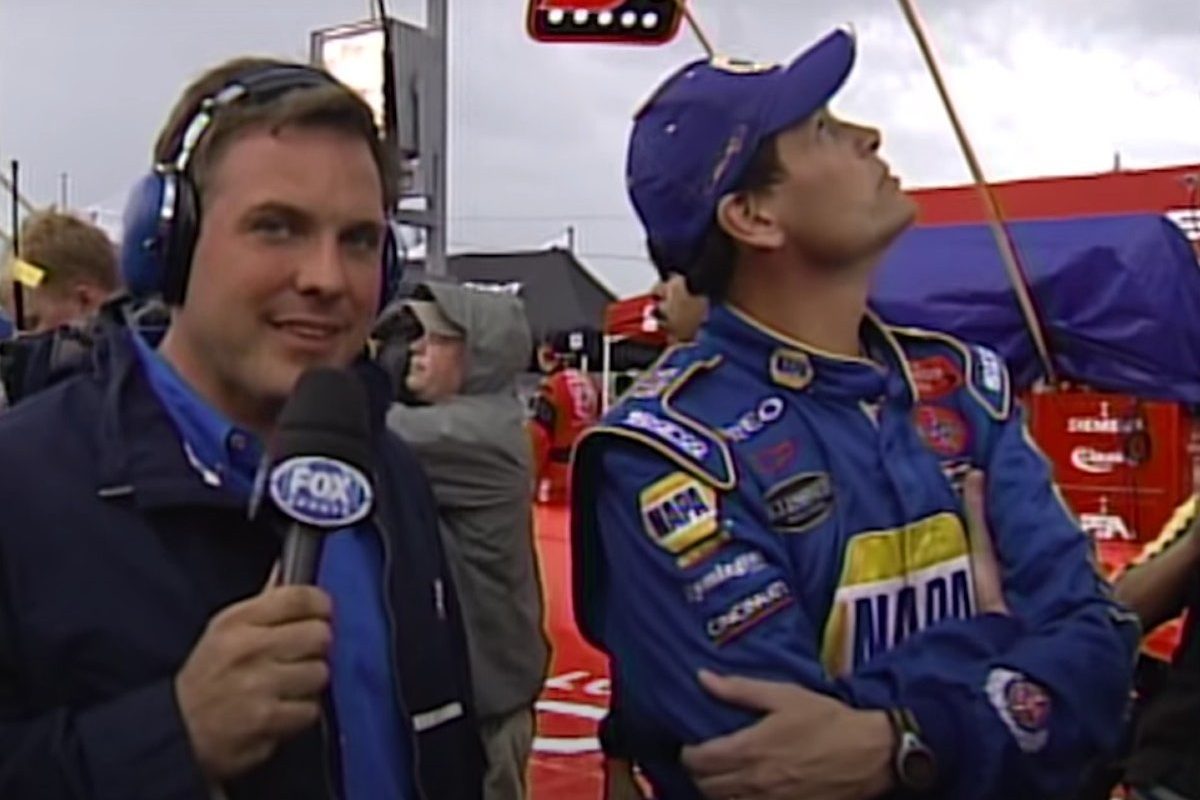 While there have been 39 drivers to win the Daytona 500 since its first running in 1959, only 12 of them have won the Great American Race multiple times. Michael Waltrip is one of these drivers, having won the annual race at Daytona International Speedway in 2001 and 2003. As many of you probably know, Waltrip’s first Daytona 500 win at the 2001 Daytona 500 was overshadowed by Dale Earnhardt’s death.

The 2003 Daytona 500 also had a somber note to it, since the Space Shuttle Columbia disaster had occurred only two weeks prior, which marked the the second fatal accident in the Space Shuttle program after 1986’s Challenger disaster. The drivers paid tribute to the seven lives lost with special decals.

But, it wasn’t tragedy that cut the race short. For the first time since 1966, the iconic race in Daytona Beach, Florida was stopped due to rain, marking the shortest Daytona 500 ever. Still, Waltrip, driving the No. 15 Chevrolet for Dale Earnhardt, Inc., had his day, raking in his second Daytona 500 win in only three years.

21 million viewers tuned into the 2003 Daytona 500, which was called by the legendary team of Mike Joy, Darrell Waltrip, and Larry McReynolds. The NASCAR Winston Cup Series race went relatively smoothly, until lap 58, when Ward Burton hit Ken Schrader, causing both he and Ryan Newman to hit the wall. Newman, driving the No. 12 Dodge for Penske Racing, flipped several times, but was able to walk away from the wreck. It was more than an hour until the green flag returned, following six caution laps and a red flag due to heavy rain.

Once racing resumed, everything went smoothly until lap 95, when Jeff Green and Jimmy Spencer collided coming into Turn 4. This brought out another caution. Another caution came on lap 103 due to debris, and yet another came on lap 106, after Ward Burton hit the Turn 4 wall. Three yellow flag laps later, and the race was called due to rain. Michael Waltrip was declared the winner.

The 2003 Daytona 500 was only the third race shortened due to rain (followed by the 1965 and 1966 runnings) and was the shortest Daytona 500 in NASCAR history. As for Waltrip, while the two-time Daytona 500 winner only won four Cup Series races throughout his over 30-year career, the fact that two of those wins came at the Super Bowl of Stock Car Racing is pretty darn special.

WATCH: Was This Race at Talladega Superspeedway the Worst in NASCAR History?