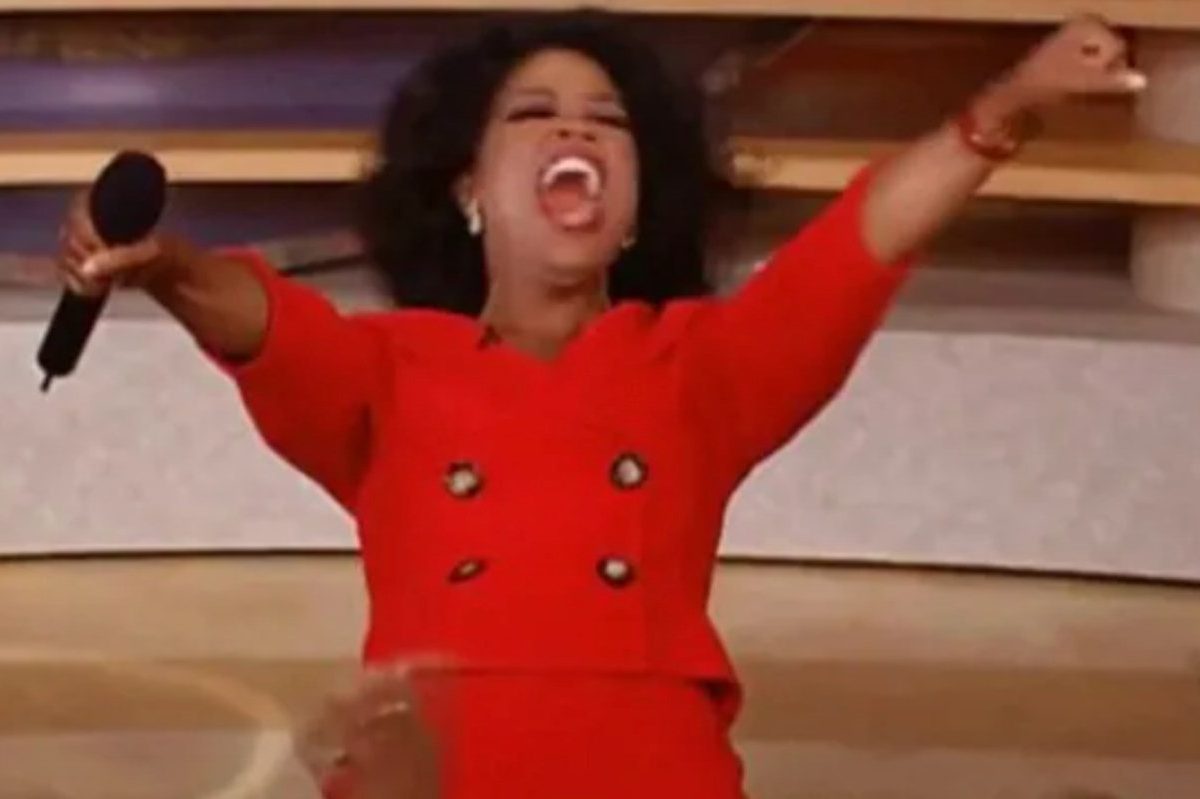 There’s no doubt that one of the most iconic moments on the The Oprah Winfrey Show was when she did a new car giveaway to the entire studio audience while yelling out “you get a car” over and over. It was a major moment for the show, and it also inspired some pretty incredible memes. I’d be lying if I said I haven’t laughed at a few of them. You’ve probably heard or seen people reference it time and time again, but you may not know the entire story behind it.

Although the gesture was nice, it did leave a sour taste for some audience members. Thanks to the three-part podcast named Making Oprah: The Inside Story of a TV Revolution, we now know far greater details on Oprah’s car giveaway. Even though the talk show host had real intentions to do something good, numerous people from the crowd became upset after reviewing the financial details of the gift.

Oprah’s “You Get a Car” Moment: The Backstory and the Aftermath

The idea for the giveaway all started with Oprah’s best friend, Gayle King. She was sitting next to an executive from Pontiac and started a conversation with the man. She must have been quite persuasive, because Pontiac offered 25 G6 cars to the show for a giveaway after that talk. That wasn’t enough for the producers, however. They negotiated with the automotive company until they agreed to gift a new car to everyone in the audience. They needed 276 cars, but Pontiac surprisingly agreed to the deal. The value of all the vehicles was equivalent to around $7.7 million.

After securing the car deal, Oprah still wanted to make sure that the right people were getting the cars. In order to do this without giving away the surprise, the producers included questions on the audience applications such as “how do you get to work?” and “how old is your car?” This helped them pick the perfect group of people to assure that they would be the most satisfied with the free car.

In order to ensure that the audience was truly thrown off and surprised, they set up a fake scene. Oprah brought 11 teachers to the stage that needed a vehicle, and told the audience that their wildest dreams were about to come true. The crowd watched in awe as the vehicles were given away. But, Winfrey wasn’t done with the setup just yet. She claimed that there was one more car to give away to an audience member. A gift box was brought out to each person watching the show, with the idea that the last set of keys was in only one of the boxes. Little did they know, every single box had a set of keys to a brand new Pontiac G6.

Oprah gave the green light to open the boxes, and the entire audience absolutely erupted with happiness. The screams and cheers of 276 people nearly blew the roof off of the place. It truly was the best way to kick off the show’s 19th season premiere. Because there was so much excitement in the room, the show also had to ensure that paramedics were standing by, in the case that someone had a heart attack.

Here’s where things got a little more problematic. Once the excitement wore off, the producers of the show had to figure out how to deal with a few issues that were arising. Now, when you do a giveaway like this, there’s a little thing called gift tax. Even though the show was completely covering the sales tax and registration for all the vehicles, the ones on the receiving end were obligated to pay the gift tax. This massive fee ranged in the realm of $7,000 to $8,000, depending on the individual’s tax bracket.

Luckily for some, the show also offered a cash prize if you did not want to take the car. It’s understandable that a few people would be upset that they now had a giant unexpected bill to pay. Some people from the audience even complained to the press, which was not good for ratings. Not only that, but the show had now set the bar so high, that people in the audience for the following shows were now expecting cars and huge gifts during their presence.

Regardless of the issues, this was a massive moment in television history. Yes, it did come back to bite them a bit, but their gesture toward their audience was extremely kind and heartfelt. That’s just the kind of genuine attitude that Oprah tried to keep. Even with the whole gift tax dilemma, each person still had the ability to leave that place with more than they had when they arrived, especially when you take the cash prize option into consideration.