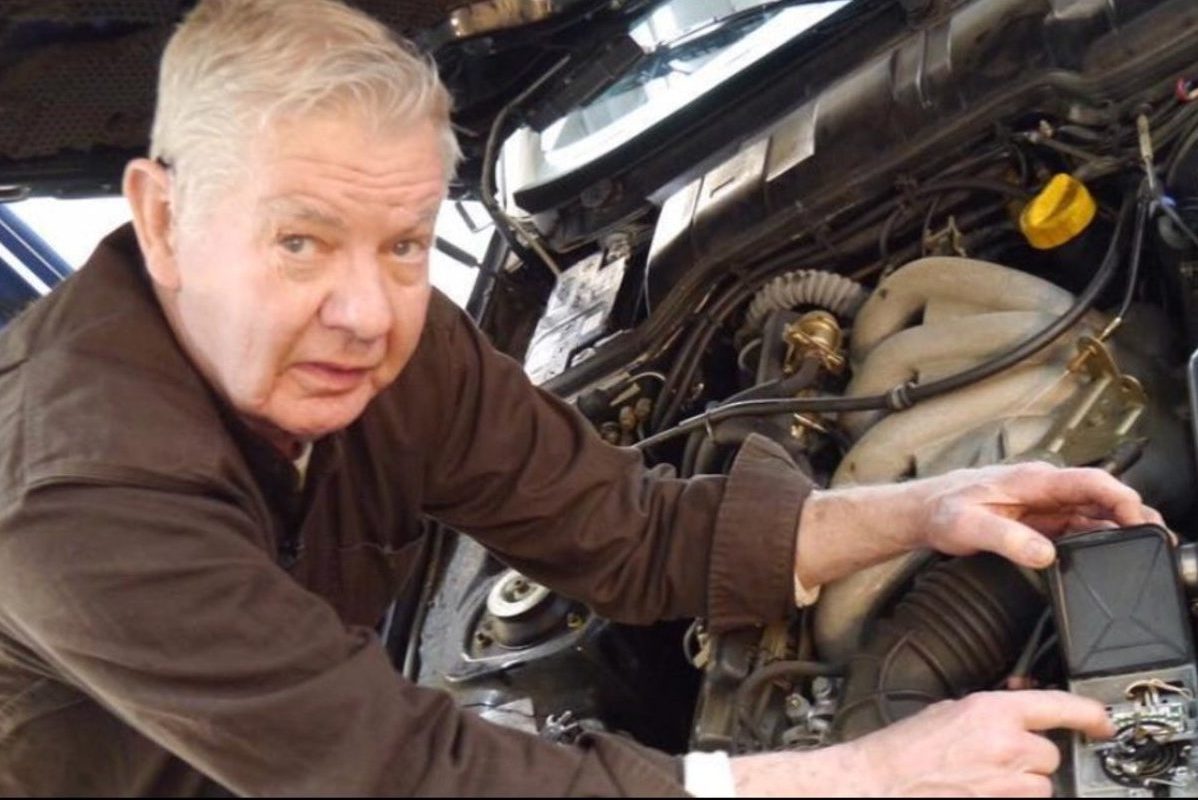 Chasing Classic Cars is an awesome MotorTrend TV show that showcases the insane amount of passion that Wayne Carini has for automobiles. However, the show probably wouldn’t be where it is today without and legendary car mechanic, and Wayne’s longtime friend, Roger Barr.

Roger Barr is a master mechanic who specializes in motorsports cars from the ’60s and ’70s, but believe me when I tell you he can fix just about anything he touches. At 85 years old, he’s learned a thing or two along the way about working on old cars. He’s also a man of many talents, working a variety of different careers in the past. Let’s take a look at how Barr got his start, and where he is today.

Raised in Glastonbury, Connecticut, Roger Barr was a a mechanic for the United States Air Force. At one point, he was stationed in Germany, where he further developed his skills working on foreign cars. He didn’t just have a knack for working on cars, but he was also a talented driver behind the wheel.

When Roger had time off from serving in the military, he spent it driving for the Porsche factory sports car team and remained as a backup driver. Even as he progressed to new steps in his career, he continued to race. Barr was a naturally good driver, racking up National Championship wins in both Formula Vee and Formula B competition.

After moving back to Glastonbury, he opened up his own shop, which specialized in foreign vehicles. It’s been said that he had a funny sign hanging which read “No French Cars,” so I guess even Roger doesn’t want to deal with that headache. Carini’s father happened to own a body shop nearby, and they started to get to know each other. This is ultimately where Carini would first meet Barr. They would often share customers and refer them to each others businesses based on what they needed done.

Once the Chasing Classic Cars show was introduced, the world really got a look into Roger’s passion for automobiles. He was essentially running the shop in the same way as before and still doing what he loved.

Where Is Roger Today?

Fans of the show were surprised to see that Roger hasn’t been on the show since season 14. Many rumors were thrown around as to the reasoning behind it, because it was an oddly quiet exit from the TV series.

As his personal information was revealed and the rumors were squashed, it turned out that Barr suffered an injury while working at F40 Motorsports. He had to recover from a leg infection, and, unfortunately, that meant that he had to spend less time in the shop. After he was released from the hospital, he still worked, but limited himself to half shifts of four hours. The leg problems persisted and followers on his Facebook page were informed that he needed knee surgery.

Friends of Roger set up a GoFundMe account to raise money for his surgery, which brought in nearly $30,000. After having one knee replaced, Barr made the decision to have his other knee replaced as well. Update videos have been released showing him back to his usual self and doing great.

Of course, Barr still has a fiery passion for the work he does, so I’d imagine he’s spending as much time at the shop as possible. It’s awesome to hear that he’s recovered, however, it’s likely that he’ll need to take it easy for some time to avoid any further health issues in the future.