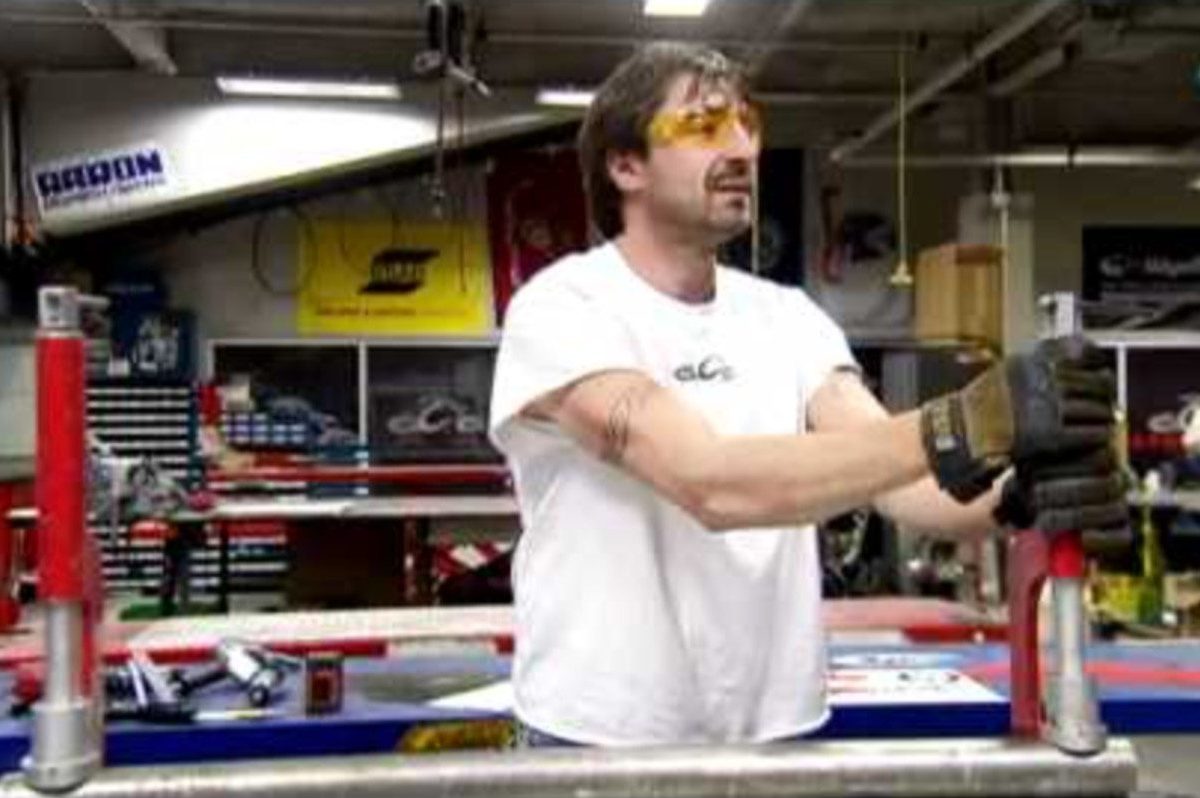 Rick Petko grew into a fan favorite during his years on Discovery Channel’s American Chopper TV show. He worked for Orange County Choppers for 13 years, before parting ways with the shop in 2016. Throughout his years on the show, he undoubtedly proved his talent and skills as a fabricator and custom bike builder. With all the arguments that Paul Teutul Sr. and Paul Teutul Jr. got into, Rick managed to always keep his cool and tried his best not to pick sides.

The former reality TV star had a lot going on even before he came on board with the show. He started out doing metal work fresh out of high school, working as a crane operator and cold saw operator. Shortly after, he learned how to weld and began building NASCAR chassis. Rick even worked at the Pocono Raceway driving school with the Hooters Pro Cup racing team.

Later on, he started doing more industrial contracting, relining kilns and furnaces, which he stayed doing for the next 10 years. He fell into auto restoration for a while after that, which eventually transitioned to OCC. We’ve seen his time with the show, but what has the fabricator been up to since he left in 2016? Let’s find out.

So, the main reason why Rick even left the OCC shop was because he wanted to be closer to home with his family. He created a custom fabrication shop at the Pocono Mountain Harley-Davidson dealership. Let me also point out how cool this is, because not very many dealerships have a full-on fab shop on the premises. It seems like that was the perfect transition for Petko to keep doing what he’s great at.

Not only does he work at the Harley shop, he also owns his own fabrication shop from home, RPD & Co, which he started back in 2006. Originally, he started his own shop to give himself a creative outlet as an enthusiast of all things custom built, and even today, his shop is still located on his farm in the Pocono Mountains of Pennsylvania. Here, he does everything from building vintage race bikes and mini bikes to working on custom welding and metal work to even making custom knives and wedding bands. His chef knives, in particular, are extremely cool. What can’t this guy do?

Rick got married to Brittany Cockeram back in 2012, and the wedding was even featured on American Chopper. Since then, he’s started a family and is now the father of two daughters.

The decision to leave the show and spend more time with his family makes a little more sense now, doesn’t it?

Rick was once again featured in the show during the American Chopper: Shaq Bike special. This special brought the original crew back for a reunion to work on the custom motorcycle for Shaquille O’Neal. The bike marked a major milestone for the shop, and due to the large size, the motorcycle was nicknamed “Man of Steel.”

If you’re still sad that you aren’t able to watch Rick work on bikes with OCC anymore, you might be able to catch up with him in other ways. Rick constantly travels the country for different bike races and shows. He posts a lot of the events he’s attending on his social media, so check it out if you want to find out where he’ll be.

Normally, he’ll showcase his current project bike, but he’ll also put it to the test. Simply put, the guy loves to race.

It’s awesome to see this custom builder still out there doing what he loves to do. He’s a go-getter when it comes to his career, and he’s truly got the skills to back up his astounding self-drive. Rick Petko has an estimated net worth of $3 million, so it’s safe to assume his career choices are paying off.

Rick has been involved in a plethora of different industries, but his passion for custom motorcycles will never die. Keep up the good work, Rick!