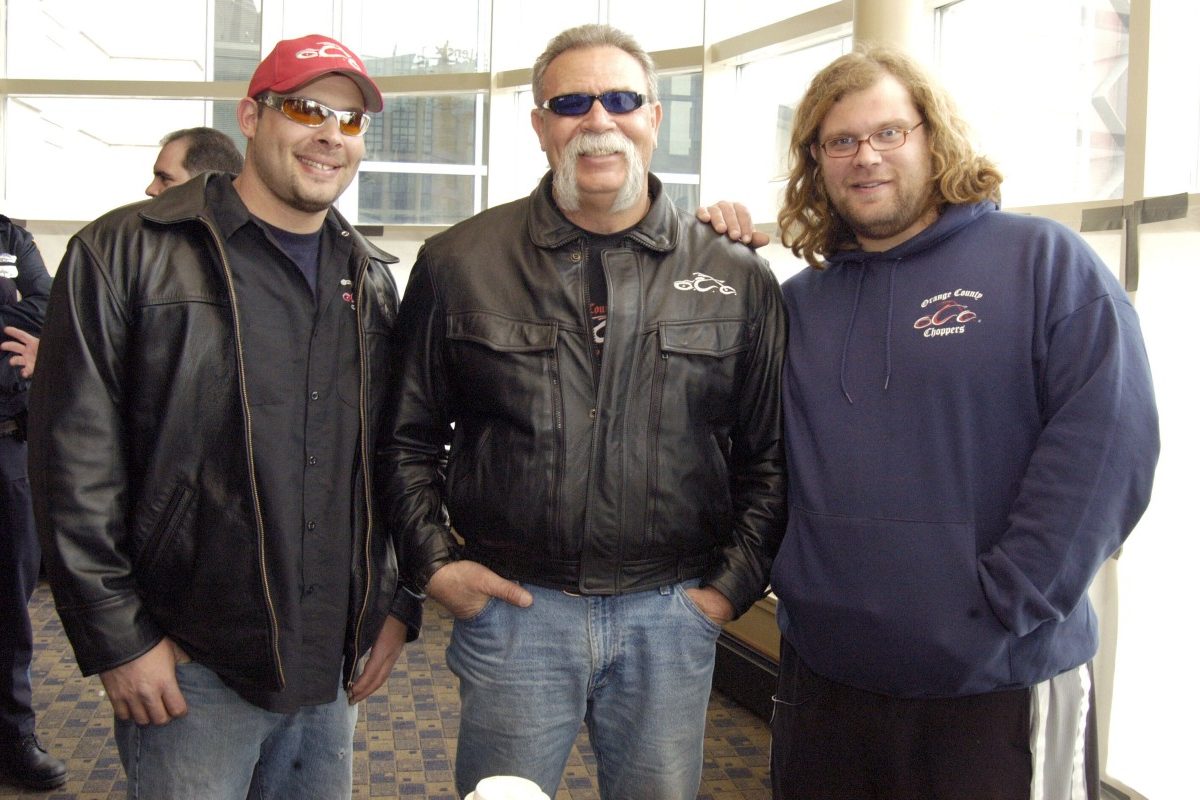 When you think of custom motorcycle shop Orange County Choppers, or the show American Chopper, the father-son duo of Paul Teutul Sr. and Paul Teutul Jr. probably instantly comes to mind. The reality show had no lack of explosive arguments between the father and son fabricators, as they tried to run their business together.

Mikey Teutul, the youngest son of Paul Teutul Sr., also developed into a popular character on the Discovery Channel show, which also starred Vincent DiMartino, Rick Petko, and Jason Pohl. Mikey played the peacekeeper between his father and brother, and also added some comic relief throughout reality TV show’s run. Over the years, he joined his dad and older brother on such shows as Late Night with Conan O’Brien, The Tonight Show with Jay Leno, and Late Show with David Letterman.

These days, Mikey has found himself on the wrong end of a messy legal battle. In February 2020, Mikey and Paul Sr. were ordered to pay more than $258,000 for using a photographer’s art without his permission. How did Mikey get himself in that mess? Let’s take a look.

Michael Joseph Teutul was actually somewhat smart with the money he accrued from his time on the Discovery Channel. He eventually left the show to get some “peace of mind” and work on the family relationship. The entrepreneur currently works as the assistant general manager and runs the Facebook page for OCC. He’s also the founder of FarQueue Products LLC, which offers consumers a variety of different homemade pasta sauces. Looks like Paul Jr., who went and built his own business, Paul Jr. Designs, isn’t the only one that went out and started his own company.

Now, unfortunately, Mikey did find himself the target of a federal lawsuit. In 2019, he and Paul Sr. were sued by a photographer named Scott Gunnells, who claimed that he took photos of Mikey in 2013 and had them copyrighted. The photographer accused Mikey Teutul of using the photos on both his Facebook page and official website in order to promote apparel sales as well as artwork related to promotional appearances. Gunnells states that he never gave Mikey permission to use these photos. In February 2020, Paul Sr. and Mikey were ordered to pay Gunnells $258,484.45.

Mikey’s not the only one that faces legal issues, since Paul Sr. is still battling an ongoing bankruptcy and was recently found in contempt of court!

Mikey Teutul has an estimated net worth of around $2 million. He gathered a decent chunk of change from his appearances on American Chopper and American Chopper: Senior vs. Junior.

Mikey continues to help out with the family business, and states that his relationship with his family has become much better than before. Although he has some lingering legal problems, it seems as if the star is still doing pretty well for himself.