Lyn-Z Adams Hawkins, Travis Pastrana’s Wife, Can Do Some Sweet Stunts of Her Own 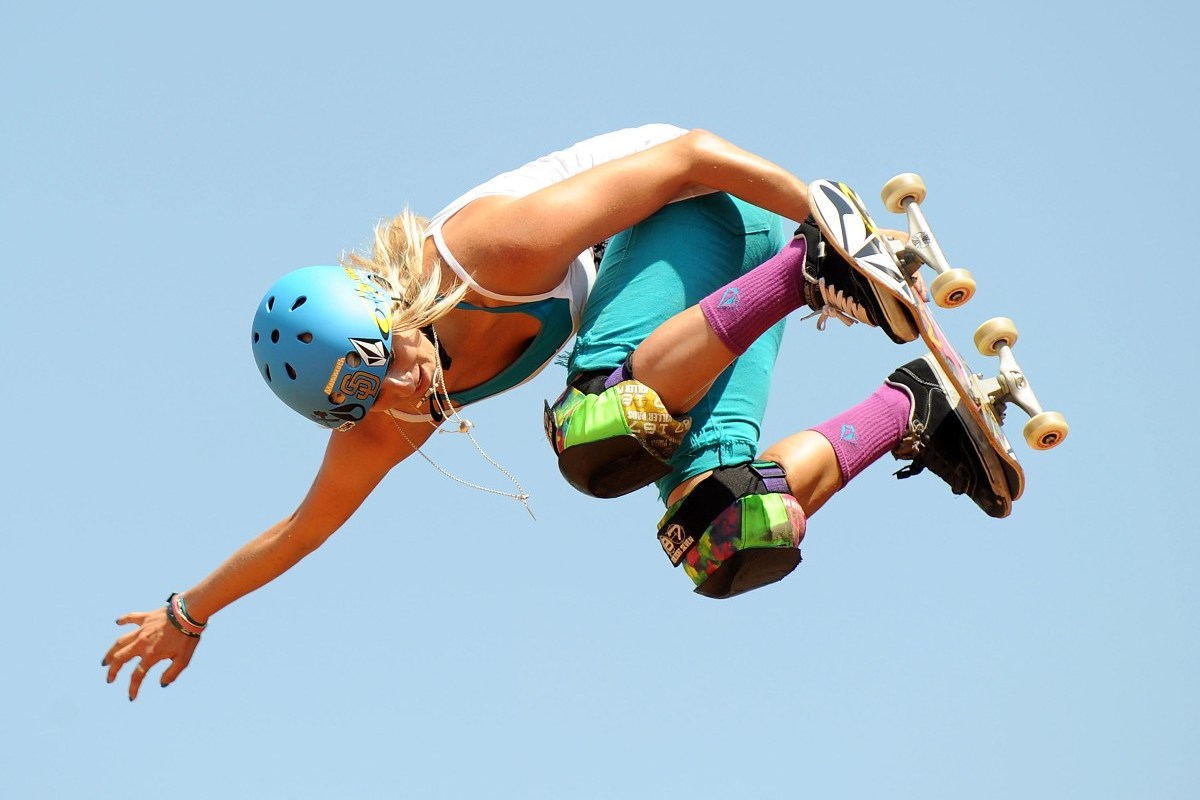 Travis Pastrana is one of the number one names that comes to mind when it comes to all things X Games. The guy does some pretty wild stuff that makes him one of the leading daredevils in the world.

But. are you familiar with his wife? You probably should be, because Lyn-Z Adams Hawkins Pastrana is one of the most OG, most hardcore professional skateboarders in the U.S. Together, the two have two little gravity-defying children who are destined for a future in action sports.

Lyn-Z Adams Hawkins was born in San Diego and raised in Cardiff-by-the-Sea, California, making her a full-on West Coast girl. Her parents named her Lyndsey, with a more traditional spelling, but the “Lyn-Z” moniker showed up in fourth grade and never left.

Growing up, Lyn-Z was really into sports, including gymnastics, soccer, baseball, and basketball, along with those Cali extreme sports staples of surfing and skateboarding. In fact, her brother hooked her up with a membership at the Encinitas YMCA when she was six, and there was no looking back.

Now, the thing is, Lyn-Z isn’t just some female skater who can land some cool jumps. She is the first female skater to land the DC Mega Ramp. She’s got three X Games gold medals for the Women’s Vert. She even placed third in the Men’s Vert at the Tampa Am games in 2005. She was the first female to land a 540 McTwist in 2009, too. Seriously, she can skateboard.

Over the course of her career, Lyn-Z was sponsored by such iconic brands as Volcom, Oakley, and Birdhouse Skateboards.

Lyn-Z joined Travis Pastrana and many other legendary athletes on the Nitro Circus Live World Tour, performing some seriously cool skate tricks in front of packed arenas. There are some really sick moments on the Nitro Circus reels, but probably the most epic moment for Lyn-Z and Travis came during the Las Vegas show on June 4, 2011.

Travis Pastrana tried to impress upon Lyn-Z how important it was for her to land her first jump, which was probably the wrong thing to do — she biffed it. However, a crew member delivered her to Travis, who was waiting on a ramp on one knee, ready to propose in front of the entire crowd.

Lyn-Z said yes, of course, and the rest is history. They have two daughters, Addy and Bristol. Addy, in particular, seems to have received the X Games chromosomes, with a flair for the fast and daring.

When the Pastrana family isn’t skateboarding, snowboarding, BMX trick racing, or breaking various records on ESPN, they’re just like every other family. Just faster, more airborne, and with a whole lot more nerve.