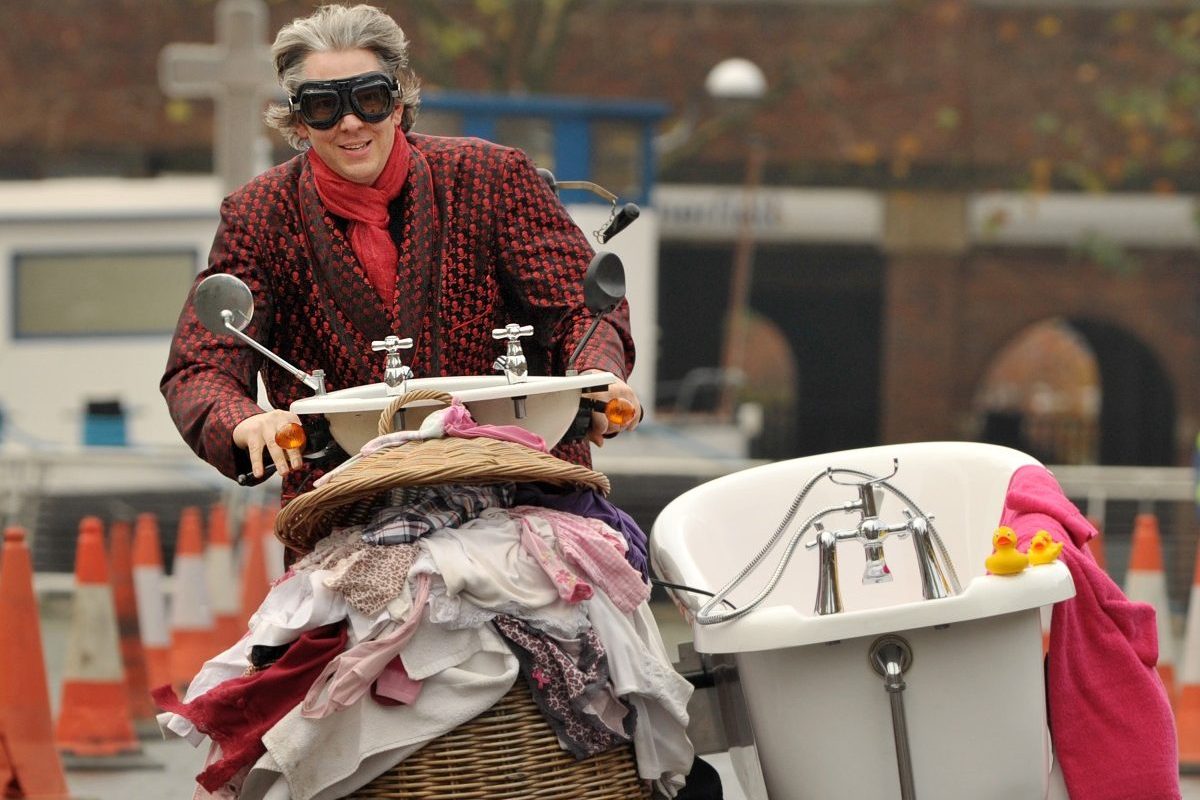 As a television presenter, mechanic, inventor, business owner, and world record holder, this guy is a jack of all trades. But, you can just call him Edd.

Edd China has been working on cars and crafting wild automotive inventions for more than half his life. And, it’s been an interesting life, that’s for sure. From his 13-year stint on the Discovery Channel TV show Wheeler Dealers to setting the world record for fastest toilet, Edd’s done it all, and he’s showing no signs of slowing down any time soon.

Here’s everything you need to know about the 50-year-old, 6’7″ gearhead from London, England.

Born on May 9, 1971, Edd’s obsession with cars and building things began at an early age. His first major project, though, came while he was studying at the London South Bank University. He created the Casual Lofa, which was a drivable sofa. The first of many crazy contraptions he’d go on to invent.

After graduating from university with a degree in engineering product design, China went right to work. In 1994, he was hired as a special effects technician for the sitcom Father Ted. Still living off the fame of his Casual Lofa, China was also a guest on Top Gear Live, where he drove the wacky invention at the Live Arena in Silverstone. He was also featured on Jeremy Clarkson’s The Most Outrageous Jeremy Clarkson Video In The World…. Ever! DVD. This time, the Casual Lofa was raced at the Thruxton Circuit. Folks really loved that little couch that could.

Following several more TV appearances featuring him and the Lofa, Edd eventually branched out from driving sofas. He was resident designer on the TV series Panic Mechanic and was also featured on Top Gear, where he built a James Bond car on a budget. He also appeared on Scrapheap Challenge and Fifth Gear. But, China’s big break would actually come in 2003 on a little show called Wheeler Dealers.

Read More: What Makes the ’57 Chevy Bel Air Such an Iconic Classic Car?

Edd China is perhaps most well-known for teaming up with fellow presenter Mike Brewer on the Discovery Channel show Wheeler Dealers. For 13 seasons (2003-2017), Edd served as the show’s chief mechanic, and he would attempt to save old and repairable enthusiast vehicles. Then, after repairing or even improving an example of a particular make and model to a budget, he and Mike would sell that car to a new owner. Given Edd’s skills both as an entertainer and a mechanic, it’s clear why the show was so popular.

Wheeler Dealers spawned several popular specials and even a spin-off series, Trading Up. But, after nearly 14 years, it was time for Edd to move on. He had been having significant disagreements with the direction of the show, so he and Wheeler Dealers parted ways after the 13th season. It definitely wasn’t a clean break, with Brewer even claiming he got death threats over Edd’s departure, but that’s just how it goes in show business. Apparently.

For seasons 14-16 of the popular car show, China was replaced by Ant Anstead. In 2021, former Formula One mechanic Marc “Elvis” Priestley took over for Anstead.

Following his departure from Wheeler Dealers, the longtime TV presenter started a new series on his YouTube channel called Edd China’s Garage Revival. Only a pilot episode was made, and in it, Edd travels to Norway to help a car owner modify a first-gen Volkswagen Golf GTI.

In April 2021, China launched another YouTube series called Edd China’s Workshop Diaries. So far, China’s new show involves him doing everything from working on classic cars, like a 1966 Ford Mustang, to teaching fans how to make an electric ice cream truck.

Edd China has held a number of Guinness World Record titles over the years. There was the “fastest furniture” record back in 1998, when China pushed his famous sofa car up to 87 MPH. While he would break his own record in 2007 with a top speed of 92 MPH, China was eventually surpassed by Perry Watkins in 2010.

In 2005, Edd built the largest motorized shopping trolley called “Trolleyshoppus Rex.” At 9.8 long, 11.4 feet tall, and 5.9 feet wide, China’s monster trolley was usurped in 2012 by Fred Reifsteck’s “Monster Kart.” Hey, records are meant to be broken, after all.

Edd China has an estimated net worth of $3 million. Not surprisingly, China’s business ventures aren’t the most conventional.

What will Edd China get into next? For a guy like him, the sky’s the limit.