Dennis Gage, the Mustache-Rocking Host of “My Classic Car,” Is an Automotive Legend 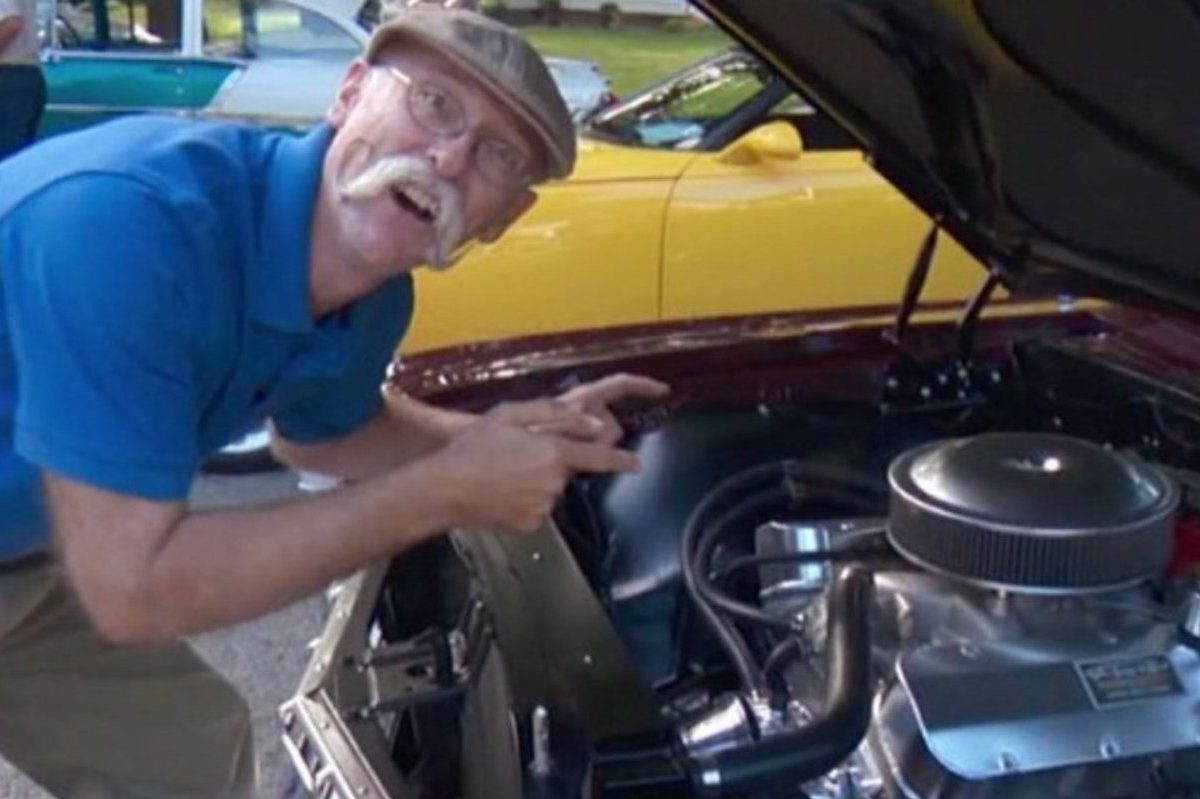 When a car show gets 25 seasons with no end in sight, it’s safe to say that they’re making some quality content. My Classic Car is the TV show I’m referring to, and it’s hosted by the wildly enthusiastic Dennis Gage. If you didn’t know him by name, you probably knew him by that amazing handlebar mustache that he sports. The series features Gage as he checks out major classic automobile shows and personal collections. Some episodes even feature celebrity guests, such as Jay Leno.

Not only is this television program 25 years old, it’s been through multiple networks as well. It started on TNN and SPEED channel, then later transitioned to MAVtv and Velocity. Since 2019, the show can be found on Motor Trend. The show has had a ton of success, and a lot of it is because Dennis Gage is the perfect host. With that in mind, let’s look at how Dennis got his start and where he is today.

Dennis grew up on a small family farm in Northwest Illinois. Both of his parents were in the automotive field, so he got the passion at a young age. His very first car was a 1959 Ford Thunderbird, though the T-bird was only the first of many muscle cars and sports cars to be found in Gage’s garage. Gage isn’t just an automotive enthusiast, either. He’s also into motorcycles, and he acquired his first one, a 50cc Honda, at the age of 12.

After high school graduation, Gage headed to college in Illinois at North Central College. His undergraduate research in quantum physics led to him receiving an American Chemical Society award. He eventually went on to finish up his degree program, then pursued further education at the University of Idaho, where he received a PhD in Chemistry. During his time there, he also became an avid climber and mountaineer.

Along with his school work, Dennis also had a big passion for music, and he played in several different bands. He even opened for acts such as Charlie Daniels and Waylon Jennings. Although he loved playing his pedal steel guitar, he decided to drop his music career as he pursued his PhD.

After his schooling was complete, he pursued a career at The Procter Gamble company. There, he worked on and created popular P&G foods, such as Pringles, and he also owned multiple patents on many of the products. After attaining some more residual income, Gage focused back on classic cars and hot rods.

Eventually, he met the founder of Bradley David Productions, and soon became the co-owner of the production company. He filmed the pilot for My Classic Car, and based on its success, ended up continuing with a weekly series on TNN. Since then, he hasn’t looked back.

Gage worked closely with Bradley David Productions over the years, and, eventually, became the owner of the company, renaming it to Madstache Inc. He’s also the executive producer of many shoes, including Corbin’s Ride On, Trippin’ on Two Wheels, and the reality series Texas Hardtails.

Gage lives in Evansville, Indiana, with his wife Ellen and their three kids. His son has even been seen riding with Gage on the Trippin’ on Two Wheels travel series.

Gage and his business partner received the Ernst Young Entrepreneur of the Year award, and Dennis was also inducted into the Specialty Equipment Market Association (SEMA) Hall of Fame. Additionally, he serves on the board of directors for SEMA and is a part of numerous other academic and industry advisory boards.

You should be happy to hear that Dennis is still living his life at the “ultimate job” even today. With his lifelong love for cars and motorcycles, it’s awesome that he is still out there making amazing content for everyone to enjoy. I’m curious to see just how many seasons they will create over there at My Classic Car. Here’s to 25 more seasons!