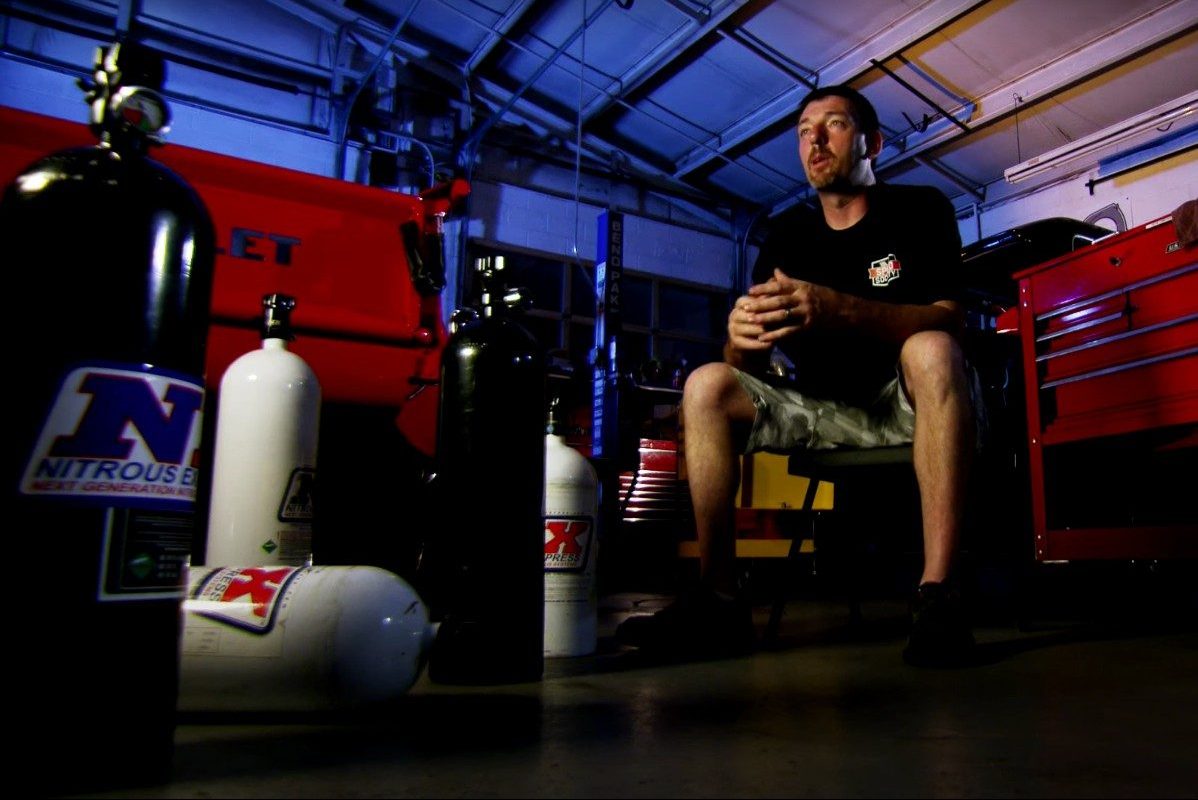 Folks from Oklahoma City love to boast that their street racers are some of the fastest in America. One of these folks is Daddy Dave, a racer known for his souped-up Goliath Chevy Nova.

It’s more likely that you recognize Daddy Dave from the Discovery Channel reality show Street Outlaws. Long before he entered the world of reality TV though, Daddy Dave was already burning serious rubber in the OKC street racing scene.

On Street Outlaws, Daddy Dave and company race each other to make their way up The List. The List, of course, is the top ten OKC street drivers, and Daddy Dave, Big Chief, Murder Nova, Monza, and a host of cars with intimidating names like “The Crow” and “The Sinister Split Bumper” (obviously a Camaro Rally Sport) regularly move up and down The List based on their successes on the dragway. It’s not all sleek hot rods, either, as demonstrated by Farmtruck and AZN with their 1970 Chevrolet Long Bed.

You can catch him on social media outlets like Instagram and Twitter, where he maintains an active presence, but here’s a summary to catch you up.

Born Dave Comstock in 1973, Daddy Dave began street racing when he was in his late teens, getting his start by driving his dad’s 1978 Chevy Impala at the age of 16.

Dave’s interest in racing eventually evolved into a successful career. By 2009, he was racing his 1996 GMC Sonoma S10 pickup truck on another reality TV show called Pinks. That’s right around the time he met Justin Shearer, a.k.a. Big Chief, and by 2013, they were both starring in Street Outlaws together. Due to his absolute domination in street race after street race, he eventually earned himself the title of “King of the Streets.”

Finding a sponsor for your illegal drag racing career is difficult. Jackie Knox, a construction mogul, funded much of Daddy Dave’s early racing career, but that all ended when Daddy Dave nearly lost his life in a race in Amarillo, Texas.

His nitrous-fueled Goliath 1, a 1963 Chevy Nova, was destroyed in the 2015 wreck, but Dave returned to race another day. Soon after his accident, he began work on the Goliath 2.0, rocking a twin-turbo setup that makes it an absolute beast on the strip. Parts and pieces of Goliath 1 are incorporated in the new build, while the rest are allegedly enshrined at Comstock Auto Service, Dave’s business in Edmond, Oklahoma.

Allegedly, the “Daddy” part in Dave’s nickname is due to having several children, but no one has officially confirmed that rumor. Instead, we know that he has been happily married to wife Cassie since 2013, and they have two daughters together. Dave has made it a point to respect his gorgeous family’s privacy, though they occasionally appear on his social media accounts.

According to most sources, Daddy Dave Comstock has an estimated net worth of $1 million, making around $20,000 for every episode of Street Outlaws.