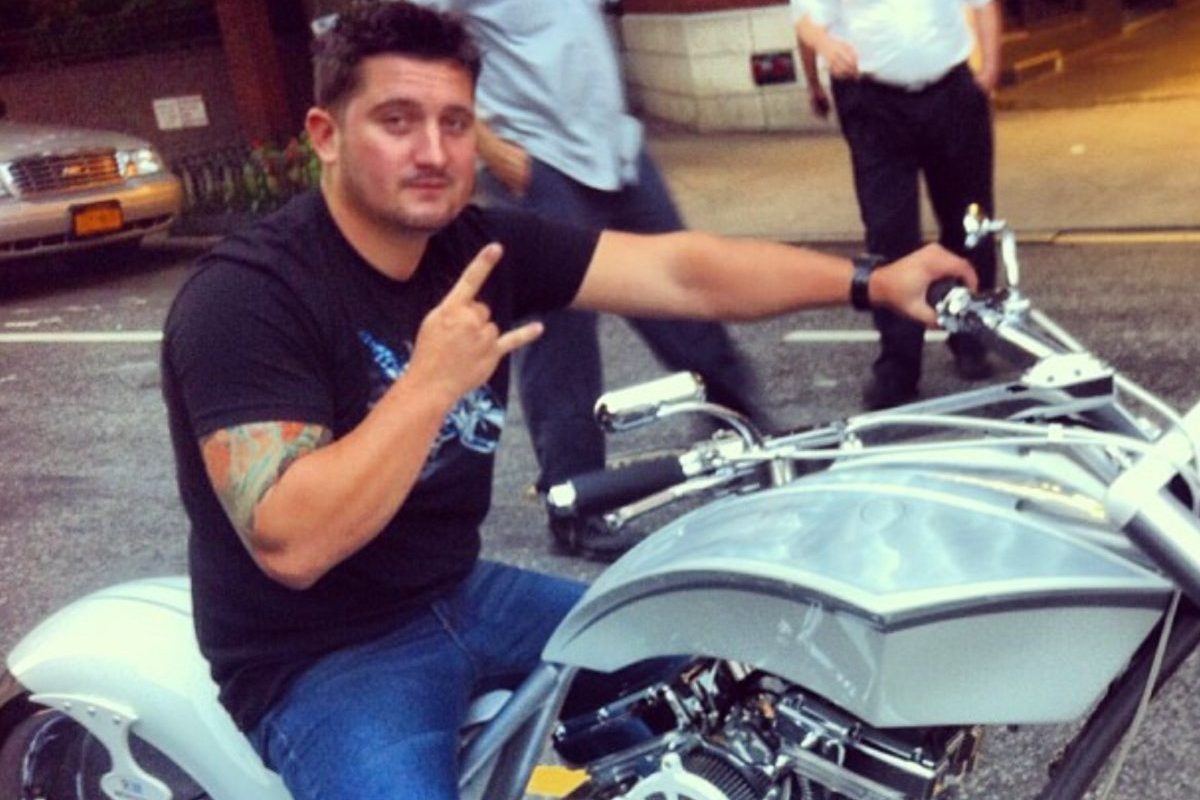 Part of what made American Chopper such a great Discovery Channel TV show was watching the talented crew at Orange County Choppers churn out quality custom bikes. One of the youngest on the team at the time, Cody Connelly, continually proved that he had what it took to become a rock-solid worker, despite his lack of experience.

It’s been quite some time now since Cody, now 33, left OCC back in 2007. Every now and then, you would see the American motorcycle builder pop back up with appearances on American Chopper: Senior vs. Junior, helping out Paul Teutul Jr. and Vinnie Dimartino at Paul Jr. Designs (PJD), but there hasn’t been too many other television appearances. That’s why we’re going to look at how he got his start, where he ended up after leaving OCC, and how much he’s worth today.

Cody grew up in New York and was raised by his parents, Sean Connelly and Darci Dembeck. He got the itch for motorcycles at the young age of five. His first bike was an XR-50, and his father showed him firsthand how to maintain it. This is essentially where Cody’s passion first developed.

He was still attending Valley Central High School in New York when he got his first job at Orange County Choppers in 2001. During that time, he also attended the American Motorcycle Institute (AMI), where OCC covered the tuition fee as part of his training. Because of that, after finishing AMI and graduating high school in 2005, he continued to work for Paul Teutul Sr. at the motorcycle shop.

In early 2003, before the first episode of the show even aired, Cody was involved in the design and helped build a custom bike known as “The Cody Project.” The bike was eventually sold, and it was collected during that year’s Daytona Beach Bike Week, which was seen in the reality show on the sixth episode of the first season.

By 2007, there was tons of drama at the shop. People were leaving left and right, arguments happened everyday, and eventually, Cody had enough. He left OCC to start working for his former colleague Vincent Dimartino, who’s also known for his other custom shop called V-Force Customs. Vinnie and Cody were former workers at OCC, and they always got along great, so the change wasn’t all that surprising at the time. Today, he can still be found at both Vinnie’s shop as well as Paul Jr.’s shop as a fabricator, continuing to do what he loves.

Things turned a bit sour after Cody filed a lawsuit against Orange County Choppers, seeking misappropriation of likeness, breach of contract, and fraud. He also added that he never received “an old-school chopper” that he helped design, regardless of Paul Sr. giving it to him during one of the episodes. The case was eventually settled in 2011, and all charges have been dropped.

According to Celebrity Net Worth, the American motorcycle builder has an estimated net worth of around $200,000. Not too bad for a guy that gets to work around his passion and with his best friend every day!

It’s safe to assume that Vinnie and Paul Jr. are making sure Cody is taken care of at the shop. I’m glad to see these two still out there creating one-of-a-kind custom motorcycles for their customers to be proud of.