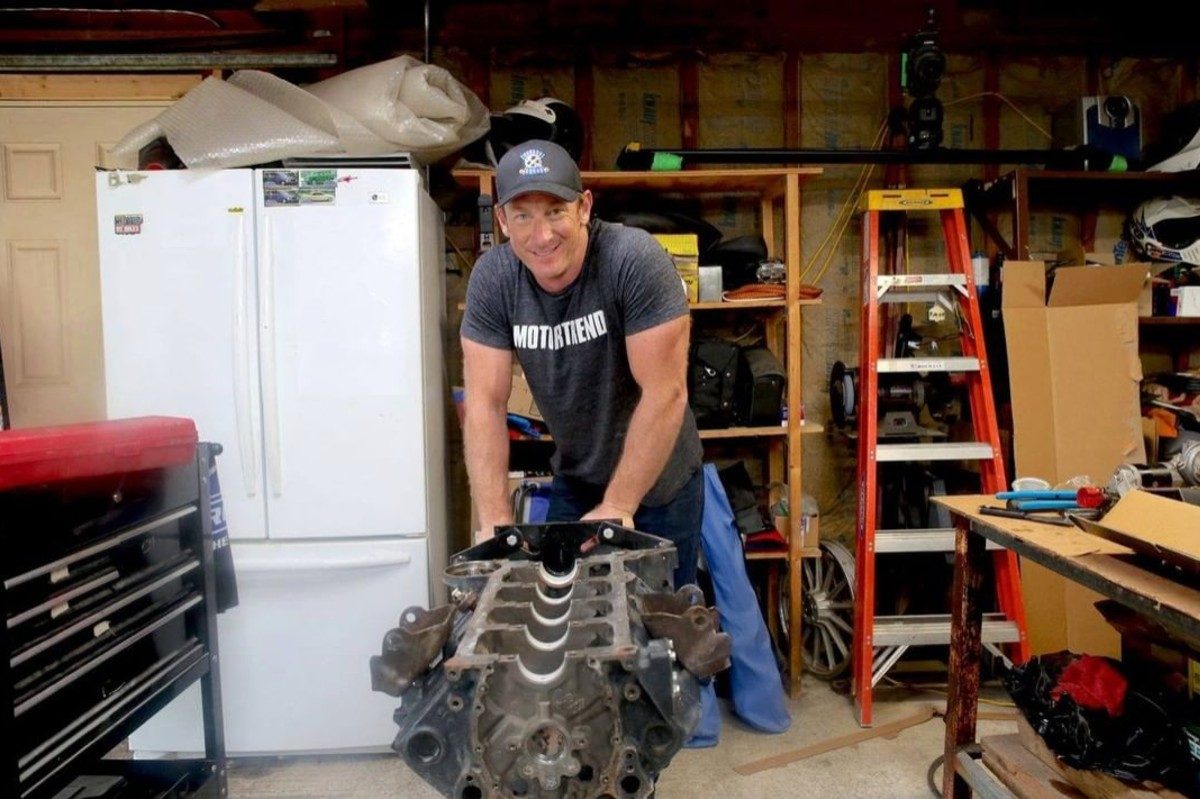 Master mechanic Bruno Massel has been hosting Motortrend’s Garage Squad since its first full season in 2014. On top of that, he’s also on Truck U, so, if you’re a big-time gearhead, it’s likely you’ve seen his face before. There are many car show hosts out there that just smile and wave to the camera. They may play their part well, but in reality, they don’t know too much about cars, However, Massel is very different.

We’ve seen on Garage Squad that he knows how to restore and repair some badass classics. He finishes projects for people and gives them the beautiful ride they always wanted. You have to be pretty good to survive in the automotive industry, and that’s why the shop is seeing the success it is. Even beyond his hosting experience, he’s had quite a bit going on over the years, so let’s learn a little bit more about this automotive TV show host.

Born in Elmhurst, Illinois, Massel was the only son in the family. His father, Bruno Massel Sr., was a drag racer, and a pretty good one at that, winning a number of competitions. Massel Jr. was exposed to racing basically from the jump, so he fostered his knowledge of the motorsports industry at an early age. That passion seemed to stick with him as he grew up.

After graduating from York High School, Massel attended the University of Iowa, where he received a Bachelor’s degree in finance and marketing. Originally, he wanted to study law, but he eventually realized that wasn’t the right fit. Instead, he ended up crossing paths with a modeling agent in the Chicago area. That agent brought him to the famous photographer Bruce Webber. His full-time career as a model began in 1997, and he was represented by Ford Models. This allowed him to do a ton of traveling around the world. Massel was even part of the Ralph Lauren Underwear Campaign for quite some time.

While Junior was modeling, his dad had to undergo a surgery, so he decided to stop traveling all over the world to continue his family’s legacy in the world of drag racing. Driving his father’s Top Dragster, he competed in his first race at the IHRA National Tour. He loved it so much that he decided to stick around in the racing industry.

For the next 10 years, Massel saw much success, and eventually became a world champion. Later, he made the switch from IHRA to NHRA drag racing, and it turned out to be a good move. He racked up national records, and won the NHRA Lucas Oil Drag Racing Series Competition national championship in 2009 and 2012. On top of being a five-time West Central Division Competition champ, Bruno also won the JEGS All-Stars in 2009, 2010, and 2012.

There’s no doubt that Bruno is addicted to the high-horsepower pro stock cars, and he works alongside his father at Bruno Massel Racing. You can check out what the father-son duo is up to at Brunomasselracing.com.

Now, Bruno Jr. was always tempted to be in front of the camera. In his early days of racing, he tried his hand on TV with appearances as a commentator on Fox Sports, TNN, and SPEED. After this, he did some work for ESPN and the Discovery Channel, became a pit reporter for NHRA, and, of course, became involved in Garage Squad and Truck U.

Back in 2010, Massel suffered a pretty severe crash. He had just won the Saturday Night All-Star race the night before, and had a preliminary race in the morning. He ended up winning this next race, but he crashed the car in a pretty scary fashion. It was destroyed, and Massel was lucky enough to walk away with his life, suffering only a concussion.

Today, he is happily married to his high school sweetheart, Dayna Purgatorio Massel. The two dated for a decade before they finally got married in a private ceremony in 2002. Together, they have two boys. I’m sure they get surrounded with just as much racing as Massel did growing up.

Bruno Massel is a hard guy to dislike. He’s a champion drag racer, family man, former model, and just an all-around charismatic TV show host. He certainly knows his way around a vehicle, and I’d bring a project to him any day of the week. Surely, he’ll be up to some interesting things in 2021.