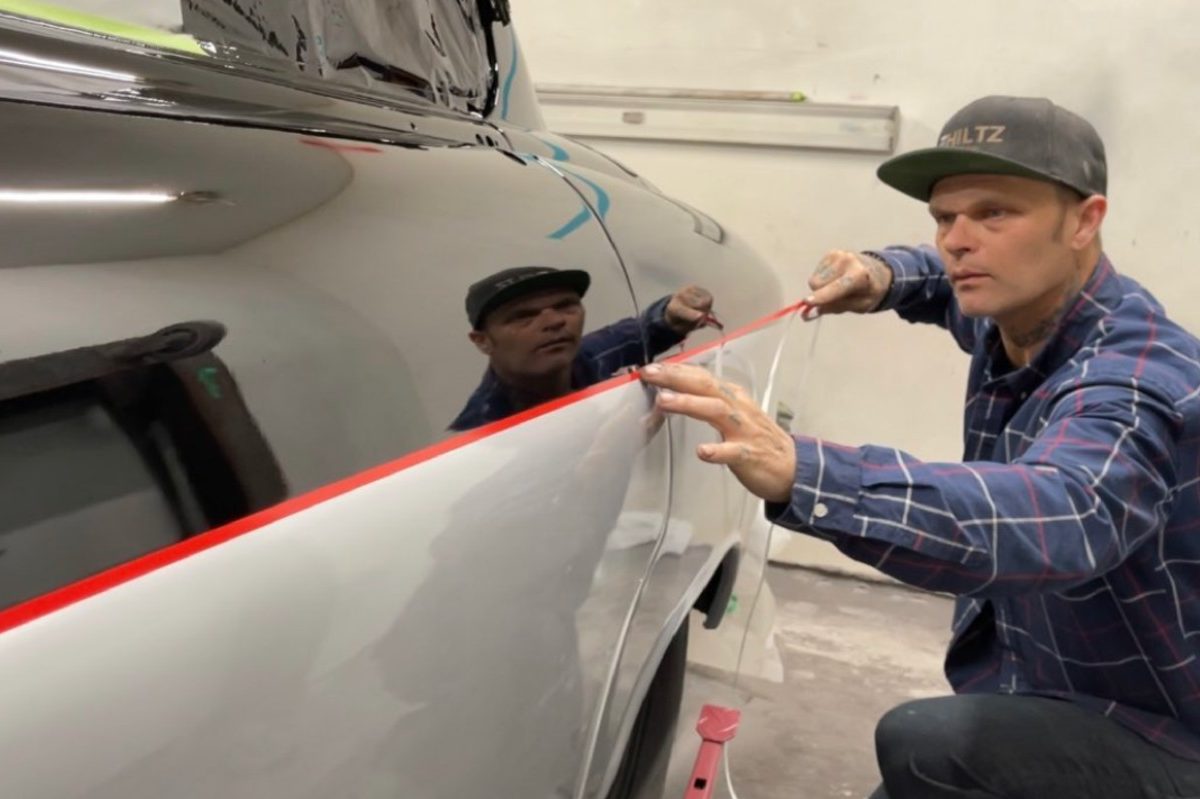 What’s in a name?

Philosophical and sociological pondering aside, you might think that nothing good can come from a guy named “Bad Chad.” And, you’d be absolutely wrong.

Chad Hiltz of Bad Chad Customs has been described as a “mad genius,” a wizard, and a master builder who could allegedly coax a Bugatti out of a chicken coop, if his fans and neighbors are to be trusted.

But, who is Bad Chad, and why do we want to trust him with our custom car projects?

Amazingly enough, the details of Bad Chad’s childhood aren’t as well-publicized as those of some of his reality TV show contemporaries. There are rumors swirling around the internet that he had a rough childhood, filled with inconsistencies, and that he dropped out of school at a young age. But, even Chad himself has played it coy in interviews when discussing himself and his past. “I respect the past and look forward to the future — I say that quite a bit,” he stated in a recent interview.

But, none of that matters compared to what Chad Hiltz can do today. He’s been praised time and time again for his ability to take a junkyard car, apply some found objects like airplane parts and knobs off a kitchen cabinet, and create award-winning vehicular masterpieces that will absolutely take your breath away.

The Journey to the Discovery Channel

Chad Hiltz is a talented body shop owner and master builder, but the rural town of Channel, Nova Scotia is far from the public eye. So, how did he go from an unknown artist to star of his own hit reality TV show on the Discovery Channel?

Enter Chad’s fiancee, Jolene MacIntyre. Jolene had just graduated from Saint Mary’s University in Canada in 2016 with a degree in commerce when she started publicly releasing video of her boyfriend Chad working on a particularly challenging build: Her very own Ralph Lauren Bugatti replica.

Jolene posted weekly build updates on her social media sites, which soon attracted the attention of Discovery Channel execs. Chad Hiltz went from being the guy who got fired from every job he tried to the rightful star of his own program within a year.

Before the TV show, Chad’s shop was known as Green Goblin Customs. Though many people know the Green Goblin as the Marvel baddie, it’s also the name of one of Chad’s magnificent builds.

Originally a 1962 Chrysler four-door junkyard edition, this mind-blowing build features one door, drives the opposite direction you’d expect it to, and has a 500 Cadillac “in the back.” The trunk is in the middle, between the engine and the two seats, by the way.

Naturally, they couldn’t keep going under the Green Goblin name, so in 2019, Jolene and Chad relaunched the shop as Hiltz Auto Co.

On the TV show, Chad builds hot rods and custom cars of all descriptions, including an Oldsmobile that transforms into a dump truck, a 1971 Pinto that gets a new lease on life as a Euro Roadster, open-wheel race cars, and more. His ingenuity seems to grant him the ability to grant everything a new life, without requiring high-ticket bells and whistles to get the job done.

Accompanied by son Colton, mechanic buddy Alex, and long-time friend and builder Aaron, Bad Chad does everything he can to make dream come true for his clients and for himself.

In fact, it’s hard to say where the automotive industry would be without brilliant minds like Bad Chad. Sure, it’s one thing to build a sweet hot rod, but what kind of mad genius puts the engine in the back and welds the doors shut?

Clearly, Bad Chad marches to the beat of his own drummer, and his drummer is wicked cool.