This 302 HP Mercedes-Benz C43 AMG cost next to nothing 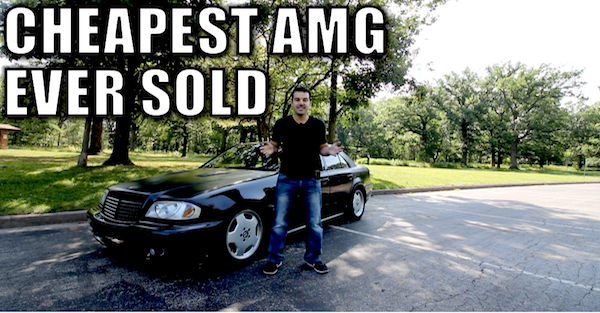 I was always taught that if a car runs and drives it’s worth $500 no matter what. My latest car purchase takes that saying to a whole new level.

In this video on my LegitStreetCars YouTube channel, I take everyone on a journey to figure out how I bought a running, driving, clean title, clean carfax 1999 Mercedes-Benz C43 AMG for only $200. Yes that’s two hundred dollars, the cost of the new Mercedes battery in the trunk of my new car. A friend pointed out I spent 66 cents per horsepower, which is a neat way to look at it.

In this video you will see some of the “unique” body modifications one of the previous 10 owners performed on this car. Yes, according to the Carfax, this AMG has had 10 owners. I show footage of the first time I saw the car and show you everything I’ve found wrong with it, so far. I’m going to need everyone’s help with this one, as I really don’t know what to do with this car. Restore it, build it, cut the roof off and hook up a 200 shot of nitrous, the possibilities are endless.