This 10-Ton Military Vehicle Can Withstand Lions and Explosives 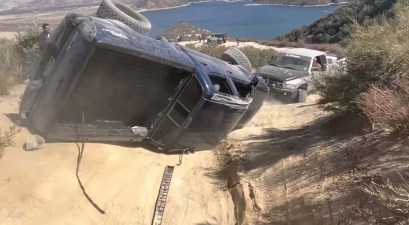 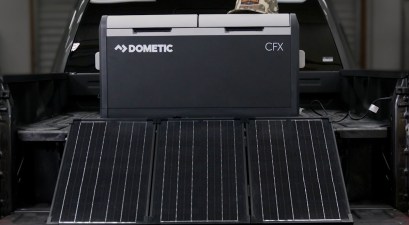 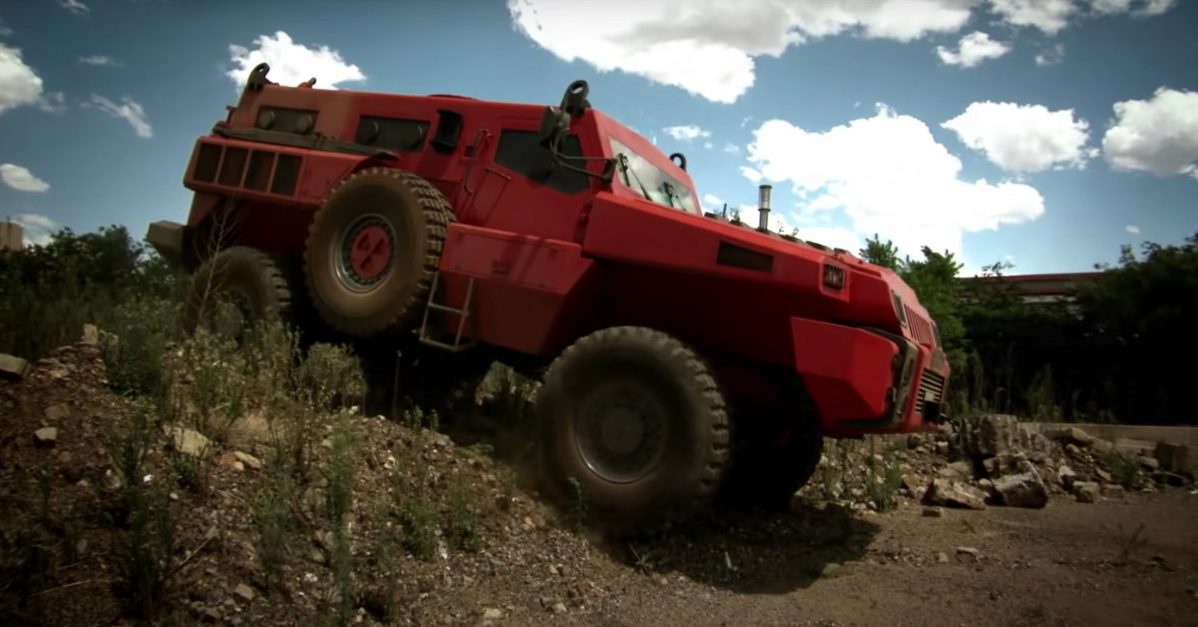 If you’re looking for a military vehicle that can withstand just about anything, then look no further. Let me introduce you to the Marauder, an armored vehicle made by Paramount Group in South Africa. This thing is absolutely massive. It can withstand an anti-tank mine, and the best part is any ordinary civilian can purchase one with a simple background check. Well, that and around $400,000.

You might think this vehicle looks a little familiar. That’s because the Paramount Marauder was featured in an episode of Top Gear, where Richard Hammond takes it through some pretty extreme testing. Not only does he test the ground clearance and the four-wheel drive off-road, but he drives over cars, breaks through walls, and even sets explosives off underneath it. The end result only proved that this was an unstoppable vehicle.

The South African military vehicle was originally launched during the 2007 International Defense Exhibition (IDEX) in Abu Dhabi. It was mainly developed as a personnel carrier to conduct reconnaissance and peacekeeping missions. While it’s very large, it is actually a more compact and practical design when compared to similar vehicles like the Matador. Don’t let the slightly smaller size fool you: It features a double-skin monocoque hull, allowing extreme ballistic protection against all kinds of projectiles up to STANAG 4569 Level III.

To lug around this 10-ton machine, it comes equipped with either a MAN or a Cummins turbo diesel engine, with an automatic transmission. There’s also a 6×6 configuration, if you really want to step things up. Even with all the weight, it’s still capable of reaching cruising speeds between 62 to 75 MPH. While I wish I could see these in the United States, they are more frequently operated in Africa and Asia.

Of course, you get tons of defense and weapon systems with one of these. It includes both light and medium-duty machine guns, cannon weapon installations, and missile launchers. You can even make it so that it can shoot mortars from the platform. Inside, you’ll find the control panels, as well as surveillance and command systems. Could you imagine one of these shooting missiles? That’s enough to make your enemies go running.

There’s pretty much no stopping this vehicle, so if you ever see one, I’d probably recommend going a different direction. Very few people have the money to put this vehicle to the test, so i’m glad Top Gear did it for us.