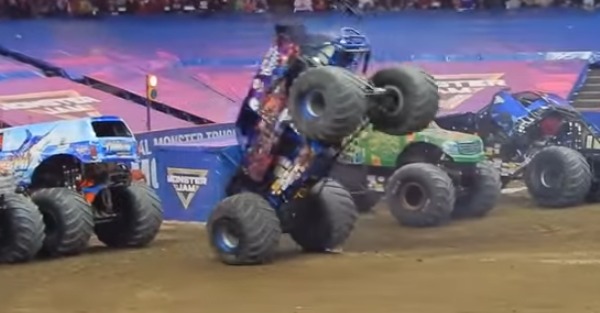 Son-Uva Digger is so named because its driver, Ryan Anderson, is the son of a monster truck legend: Dennis Anderson of original Gravedigger fame. On this run he lived up to the legend as he put on a great show at MonsterJam to win the freestyle competition in Syracuse. The above video is the final flourish where he pulls a mean stoppie and keeps the rear end in the air for over ten seconds before getting up on one wheel for the slickest flatland trick we’ve ever seen to end his run. The entire run is below:

It really goes to show how far the sport is being pushed when the back flip was one of the more mundane tricks he pulled off.

Related: The “Mad Scientist” somehow lands this trick for a world’s first