She tried to make a PB+J in a moving off road vehicle. It didn’t go well. 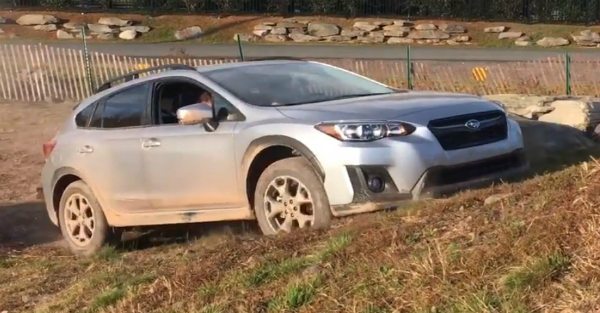 If you’ve ever made a peanut butter and jelly sandwich, then you know there’s potential to make a mess.

We’re not sure about the average person, but we have a hard enough time keeping both the peanut butter and jelly from making its way onto the counter while trying to prepare the iconic sandwich.

So when we learned someone would attempt to do so in a car, we couldn’t help but to laugh. Not just in a car, but in a Subaru Crosstek, while on an off-road course at Monticello Motor Club.

RELATED: This sand car jump had to break something

Josh Condon, deputy editor of The Drive, navigated the Subaru up and down the hills of the course as the video editor Erica Lourde attempted to tackle the feat of making a PB&J — while in motion.

Lourde had a bag containing all of the contents she needed to make said sandwich. So, not only did she have to open the bread and all of the jars, but she also had to spread the contents onto the bread.

The process was about as smooth as the ride on the off-road course. While the Subaru handled the course well, the same couldn’t be said for Lourde and the peanut butter and jelly.

She did an average-at-best job with the peanut butter. The jelly on the other hand was an epic fail. She may have gotten more jelly in her lap than she did on the sandwich.

Before it was all said and done the sandwich was complete, but Lourde said she managed to get peanut butter and jelly in places she wished she hadn’t.