Ford is going to make your dream truck 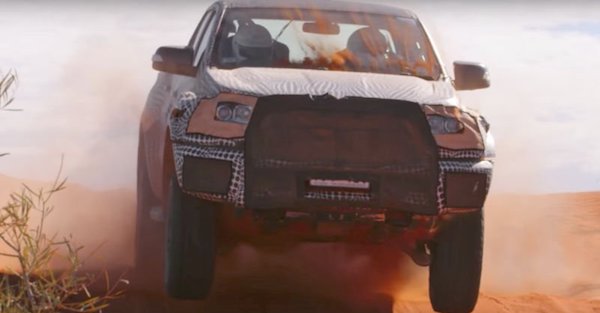 Ford has been embracing the off-road market in the U.S. with the F-150 Raptor. The large pickup is known for being able to take on difficult obstacles at high speeds. It’s a combination that really hit home with the American market.

But in Australia, the Ranger rules, so it makes sense that the smaller truck is getting a similar makeover, which will hopefully cross over to the states very, very soon.

Ford made a demo real for the upcoming 2018 Ranger Raptor, showing the beefy truck jumping dunes and skimming over sands beneath the blades of a swooping helicopter.

Unfortunately, it’s going to be a while before the smaller Raptor debuts in the U.S. Americans will probably not see the small performance truck until 2020. January 1, 2020 can’t come soon enough.