U.S. auto industry has the first negative projections since the Great Recession 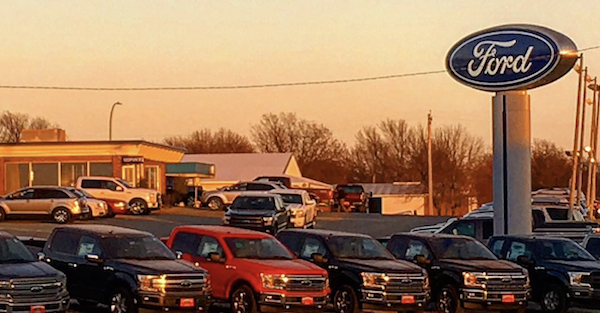 The Great Recession that started in 2008, literally destroyed the auto industry. Companies went bankrupt and sales tanked beyond what anyone expected. Since then, the industry has recovered nicely, but what goes up must come down, and that’s exactly what we are seeing with U.S. auto sales this year.

Although not anywhere near recession sales numbers, November’s weaker than normal sales will almost certainly make for the first full-year sales decline since the recession. This doesn’t mean sales look bad as they are still very close to the records set in 2016. As expected, sales of SUVs, trucks, and crossovers are leading the way as passenger cars continue to drop.

The decline in sales was not across the board as many companies showed numbers in the positive column for November. Honda’s SUVs and crossovers sold nicely making for an 8.3% increase in sales, and Ford received a 7% boost from fleet sales. Audi and Subaru both rose almost 1%, and Nissan won’t be reporting until next week due to a technical glitch.

The losers of the month, and the reason for the overall decline in numbers are some of the larger automakers. General Motors reported a 2.9% drop, Toyota is down 3% in November, and Fiat Chrysler is down 3.7%.

This downward trend is likely to continue as Barclays analyst Brian Johnson said the industry is facing “an eroding plateau” that he believes will settle into a range of 15.5 million to 16 million vehicles sold per year. PricewaterhouseCoppers, projects total sales for 2017 at 17.1 million, while in 2016 we saw 17.6 million. Used cars are very plentiful right now, and it seems people rather save the cash and reduce the depreciation hit associated with buying new.

Related: Auto industry and President Trump are at odds over a major trade agreement