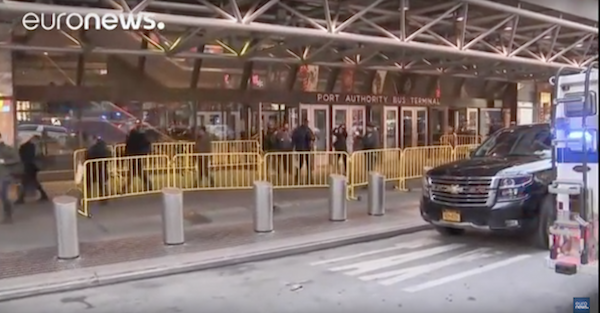 Uber and Lyft are in the hot seat as riders in NYC were hit with increased fairs after the port authority bus terminal bombing.

The blast forced the immediate shut down of the Times Square Subway station giving scared New Yorkers few options to flee the area. Many turned to the popular ride-hailing apps which caused “surge pricing” to go into effect. This more than doubled normal fair rates making it look like these companies were taking advantage of a terrorist attack. Some took to twitter to express their anger.

@Uber You should be ashamed for surge pricing after a bomb went off in NYC during rush hour. It took my fiance and I $50 to go 30 blocks. Absolutely shameful.

Two major thumbs down to @lyft @Uber for $80 for 10 block surge pricing. Way to take advantage of scared New Yorkers. Not cool.

Trains are a disaster from BK. Uber/Lyft surge is 4x.

@CNN @FoxNews Might need to check out @Uber during the emergency. They really need to NOT do #surge pricing. #uber pic.twitter.com/vq9oOllAI9

Hey @lyft what happened to no surge pricing? Someone sets off a bomb messing up the MTA and my normal $17 ride to work is now a cool $100? Awesome. pic.twitter.com/FRQPaa2Ivu

Uber spokeswoman Alix Anfang said this according to the New York Post:

?Within minutes of seeing reports of an incident, we disabled dynamic pricing in the area. In addition, we are proactively refunding riders for dynamic pricing on affected trips in the area. Nevertheless, drivers will get to keep their shares of the jacked-up fare prices.”

A Lyft spokesperson said they are working to reimburse folks who incurred higher rates during the attack as well. The spokesperson added:

?Our thoughts are with those injured and impacted by this morning?s events.”