An American car company is heading towards a financial “Brick Wall” 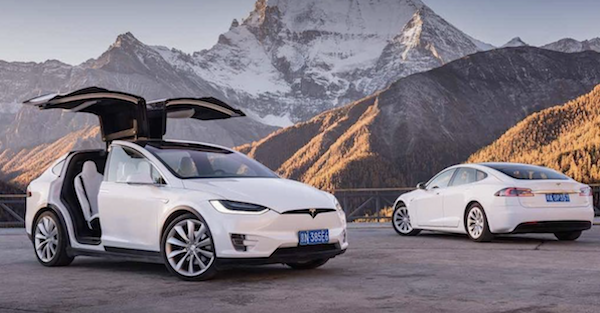 No matter how much Elon Musk and the team at Tesla accomplish, there will always be those who are waiting for them to fail. Some simply don’t like change, and others are rooting for their demise for financial gain. Famed short-seller Jim Chanos, is best known for predicting the end of Enron, and he believes Tesla is next.

Short selling a stock is when a person borrows shares with the intent to immediately sell them. The idea is that if the shares lose value, they can return them to the lender while pocketing the difference. Chanos has been one or the more vocal short-sellers of Tesla, and said the electric car maker would be a “walking insolvency” after they merged with Solar City in 2016. At that time, Tesla’s stock price was $196.05 and is now pushing $340 per share.

According to Bloomberg, Chanos thinks Telsa is “headed towards a brick wall,” and that the leader himself, Mr. Musk, may be leaving the company shortly. Chanos believes that, although Tesla is responsible for making electric cars relevant, once larger automakers like Porsche and BMW release competing models, their advantage will disappear.

?What Elon did was simple: He made EVs sexy. Prior to that you had to compromise and get something like a Prius. But now he has the entire auto world that has figured that out and is coming up with aspirational cars,” Chanos said. “He?s fighting a different fight.?

Chanos also says Tesla is behind in the autonomous driving department stating that:

?Detroit and Germany are spending billions of dollars on this. Tesla is not a leader.?

Although Tesla is burning through tons of cash, and hasn’t turned a profit yet, the Model 3 and Semi could save them. If they can ramp up production, and deliver on the over 400,000 Model 3 reservations received so far, the next time you see Chanos may be under a bridge begging for change.