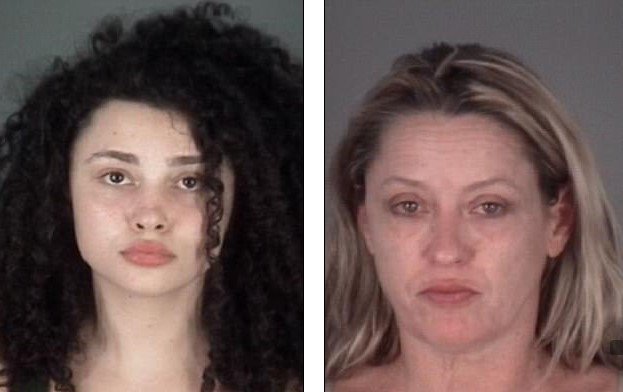 Video captures a beating of one motorist by another.

It apparently stems from an alleged case of road rage. Witnesses tell Fox 13 News in Tampa that a woman driver was being aggressive in traffic, cutting off other cars. When the driver tried to pull around a car at a stop light but couldn?t, witnesses say that?s when it got ugly.

“The one passenger got into this girl’s vehicle. I mean, how would you feel if somebody jumped into your vehicle, slammed it in park while you’re at a light, and then simultaneously another person that’s double and a half your size rips you out by your hair and starts brutally attacking you?” an unnamed witness told Fox 13

That witness says the women dragged the other woman out of the car and began beating her. The witness recorded video of what happened next. A passing driver ran up to try and break up the fight, then a Pasco county deputy arrived on the scene.

Alicia Nicole Scarduzio, 20, and her step mother, Kelly Lyn Gemberling, 49, have been arrested on suspicion of  burglary and battery and were booked into the Land O’ Lakes Detention Center Wednesday, the report said. The woman who was beaten was taken to the hospital.