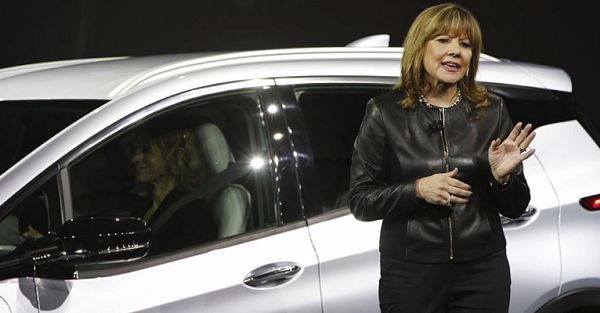 GM’s struggles on the race track might come to a close next year when the new Camaro ZL1 makes its NASCAR debut, but the automaker’s troubles in the business world might have grown exponentially thanks to a report from Reuters, which says PSA is seeking up to 800 million euros from GM.

Back in July, GM sold both its Opel and Vauxhall brands to PSA for 1.3 euros ($1.5B USD). When announcing the deal alongside PSA Chief Executive Carlos Tavares, GM CEO Mary Barra mentioned that “increasing regulatory and compliance costs” were two reasons what GM decided to sell its European car brands.

Now, though, PSA feels that GM wasn’t as candid as it should have been when revealing Opel’s C02 emissions plans. In the European Union, automakers must produce cars that emit 95 grams or less of carbon per kilometer by 2021. Based on its current technology, Opel is expected to miss this target, which would result in hefty fines. Worst yet, much of GM’s plan to meet those emissions goals were based around the Opel Ampera-e electric car, but that vehicle results in a loss of 10,000 euros (Almost 12K USD)  for the carmaker per each unit sold, according to Reuters.

PSA is believed to want back 600-800 million euros (up to $954B USD)  from GM, but any dispute would have to go through arbitration per their agreement.

?We are not aware of any claim submitted by PSA regarding future CO2 targets and we cannot speculate on issues that have not been raised with us,? said GM spokesman David Caldwell.

?PSA undertook a robust due diligence process including their employees and many experts and lawyers.

?We provided them with substantial information.?