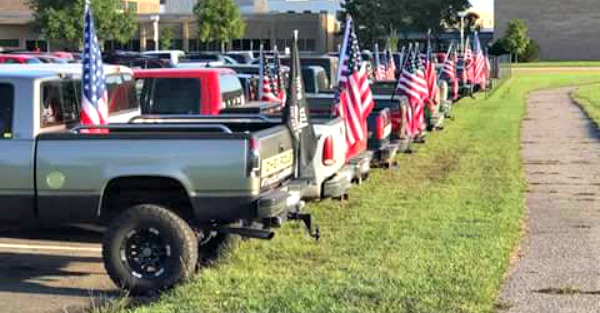 The NFL has gotten a lot of publicity as a number of its players are protesting during the national anthem by kneeling, raising fists or holding hands with the flag on display.

That’s ain’t happening in this one Minnesota community.

Officials at Rocori High School in Minnesota banned flags after students, last spring, flew the Confederate flag on cars parked at the school.  School officials, according to the Minneapolis Star Tribune, found the display offensive.

But last week, some 25 vehicles  lined the school grounds, all displaying American flags.

That day, school officials reversed themselves. They now say American flags are just fine, and other other display of offensive flags or banners will be dealt with on a case by case basis.

Left unsaid — whether the Confederate flag will be considered offensive.