Martin Truex Jr. loves being champ but may love beating this team even more 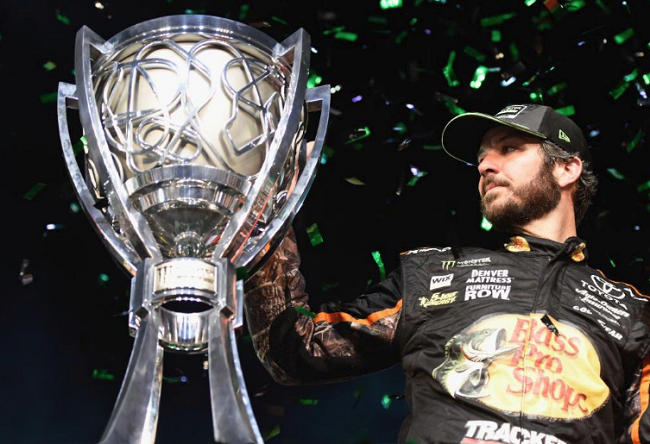 The 2017 season was a remarkable one for Martin Truex Jr., to say the least.

Coming into the year, Truex Jr. had seven Cup Series wins to his name, but he more than doubled that total this season en route to his first NASCAR championship. Although, he certainly didn’t accomplish that monumental task alone.

Truex Jr. signed with his current team, Furniture Row Racing, prior to the 2014 season. While that team was relatively new to the sport, it did have a technical alliance with NASCAR powerhouse Joe Gibbs Racing. If you weren’t aware, JGR has earned four NASCAR championships with three different drivers. The most recent of which was Kyle Busch in 2015.

Thanks to this alliance, FRR gets its chassis from JGR and engines from Toyota Racing Development.

After years of driving for less competitive teams, Truex Jr. recently told Motorsport.com how good it felt to finally drive top-notch race cars and how gratifying it was to go head-to-head with, then beat one of the sport’s very best drivers.

?There?s no doubt about it, we couldn?t be here without Gibbs and all those guys there that are part of our program and we share information with and they build our chassis and TRD building our engines, all that,? Truex said. ?We couldn?t do any of this without all of that.

?We share everything. They?re great teammates, great partners. We definitely couldn?t be here without them, but damn, it feels good to go faster than Kyle and just to beat him felt pretty damn awesome.

?He?s a champion, one of the best drivers ever. To beat him was just awesome.?