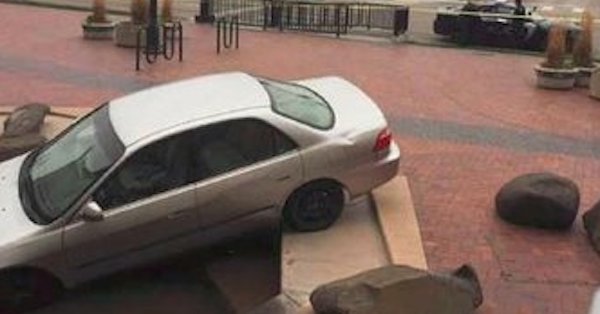 Jonathan Locksmith took an interesting tactic towards getting to jail. Via The Drive, Locksmith drove his car into a fountain in front of a county courthouse in Idaho. No one was injured when Locksmith drove into the fountain in Ada County, but the extent of the damage is still being totaled and could lead to felony charges.

Locksmith was arrested and is being charged with reckless driving. He allegedly ran into the fountain on purpose to demand he be sent to jail. Officers who were at the scene when the bizarre incident took place said Locksmith drove onto the plaza and popped off a few doughies before winding up in the fountain.

Locksmith’s reasoning for the stunt and wanting to go to jail is unclear, but he was successful. Maybe he is setting up an elaborate escape to begin a career as a magician. He certainly has the name for it.

Related: Florida lawmaker wants to punish the victims of car theft and, possibly, send them to jail