GM continues to cut back and close plants amid struggles, hints at more drastic measures 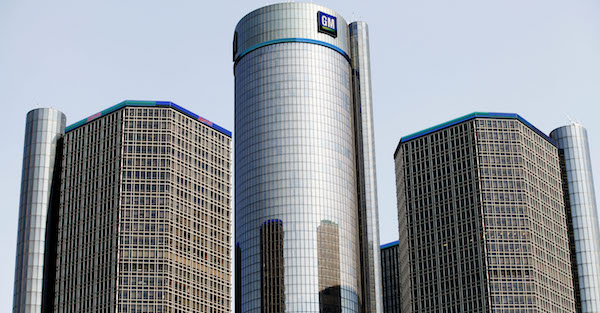 General Motors has made an announcement that is nothing but bad news.

In a press release, GM noted that it is closing its unprofitable Gunsan plant in South Korea. While closing one plant is a blow, GM, in its press release, hinted it could go ever further.

The release notes that GM plans to restructure its entire South Korean operations, but needs the support of all stakeholders for its plan to succeed. GM, in the statement, also set a deadline by the end of this month — February — to  see “significant progress” so it can make its product allocation decisions.

“The performance of our operations in South Korea needs to be urgently addressed by GM Korea and its key stakeholders. As we are at a critical juncture of needing to make product allocation decisions, the ongoing discussions must demonstrate significant progress by the end of February, when GM will make important decisions on next steps,” said Barry Engle, GM executive vice president and president of GM International.

The Gunsan plant employs 2,000 workers and has been a money pit. It’s only run at about 20 percent of capacity, making the business “unsunstainable.”

The plant produced the Chevy Cruz and Chevrolet Orlando.

It’s a continuation of cutbacks for GM. Last November, General Motors  cut back production at an assembly plant in Detroit.The Wall Street Journal reported that GM is shut down the Detroit-Hamtramck plant for six weeks late last year, and when it reopened, cut back productions by about 20 percent. About 200 workers lost their jobs as a result.

Here is the entire press release, which was placed on the PR News wire.

SEOUL, South Korea, Feb. 12, 2018 /PRNewswire/ — GM Korea Company (GM Korea) announced today that it will cease production and close its Gunsan plant by the end of May 2018. The Gunsan facility has been increasingly underutilized, running at about 20 percent of capacity over the past three years, making continued operations unsustainable.

This announcement occurs after a careful review of the company’s operations, which have sustained significant losses for the past several years.

“This is a necessary but difficult first step in our efforts to restructure our operations in South Korea. We recognize the contribution and support of our employees, the wider Gunsan and Jeonbuk communities and government leaders, particularly through the most recent difficult period,” said Kaher Kazem, president and CEO of GM Korea. “We are committed to supporting all of our affected employees through this transition.”

GM has been aggressively addressing underperforming businesses globally, and is now focused on finding a solution for its South Korean operations.

The company has proposed to its key stakeholders — including its labor union, the South Korean Government and key GM Korea shareholders — a concrete plan to stay in the country and turn the business around that requires the full support of all parties. The proposal includes significant product-related investments in South Korea and would preserve thousands of jobs.

“The performance of our operations in South Korea needs to be urgently addressed by GM Korea and its key stakeholders. As we are at a critical juncture of needing to make product allocation decisions, the ongoing discussions must demonstrate significant progress by the end of February, when GM will make important decisions on next steps,” said Barry Engle, GM executive vice president and president of GM International.

As a result of this action, GM expects to take charges of up to $850 million, including approximately $475 million of non-cash asset impairments and up to $375 million of primarily employee-related cash expenses. Substantially all of these charges will be recorded by the end of the second quarter of 2018, and will be treated as special and excluded from the company’s EBIT-adjusted and EPS-diluted-adjusted results.

Based in Incheon, Korea, GM Korea has made significant contributions to the Korean economy and automotive industry over the last 16 years, producing 10 million vehicles since its establishment in 2002. GM Korea supports approximately 200,000 direct and indirect Korean jobs. In 2017, GM Korea sold 132,377 units in Korea and exported 392,170 vehicles to 120 markets around the world. Additional information on GM Korea and its products can be found at www.gm-korea.co.kr.

General Motors Co. (NYSE: GM) has leadership positions in the world’s largest and fastest-growing automotive markets. GM, its subsidiaries and joint venture entities sell vehicles under the Chevrolet, Cadillac, Baojun, Buick, GMC, Holden, Jiefang and Wuling brands. More information on the company and its subsidiaries, including OnStar, a global leader in vehicle safety, security and information services, can be found at http://www.gm.com.

This press release and related comments by management may include forward-looking statements. These statements are based on current expectations about possible future events and thus are inherently uncertain. General Motors’ actual results may differ materially from forward-looking statements due to a variety of factors, including: (1) our ability to deliver new products, services and experiences that attract new, and are desired by existing, customers and to effectively compete in autonomous, ride-sharing and transportation as a service; (2) the volatility of global sales and operations; (3) adoption of, changes in, or the introduction of novel interpretations of, laws, regulations or policies particularly those relating to free trade agreements, tax rates and vehicle safety and any government actions that may affect the production, licensing, distribution, pricing, or selling of our products; (4) the ability of suppliers to deliver parts, systems and components without disruption and on schedule; (5) our highly competitive industry; (6) compliance with laws and regulations applicable to our industry, including those regarding fuel economy and emissions; (7) the cost and effect on our reputation of product safety recalls and alleged defects in products and services; (8) our ability to successfully and cost-efficiently restructure operations in various countries with minimal disruption; and (9) our ability to realize production efficiencies and to achieve reductions in costs. A further list and description of these risks, uncertainties and other factors can be found in General Motors’ Report on Form 10-K for the fiscal year ended December 31, 2017, and subsequent filings with the U.S. Securities and Exchange Commission.  General Motors cautions readers not to place undue reliance on forward-looking statements.  General Motors undertakes no obligation to update publicly or otherwise revise any forward-looking statements.