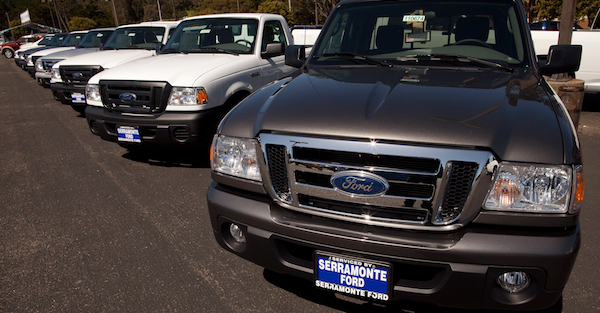 For the second time, Ford and Mazda are recalling nearly 400,000 older pickup trucks due to an airbag issue.

According to the Detroit Free Press, the Takata air bag inflators have to be replaced because they can explode and throw shrapnel.

The Takata airbags are on both the driver and passenger sides of the trucks.

It isn’t the first time these trucks have been recalled. In 2015 and 2016, the trucks were recalled to replace the air bag inflators with newer ones as a temporary solution, and the newest version of the inflators will not have ammonium nitrate.

In the older version of the air bags, Takata used ammonium nitrate because it created a small explosion to inflate the air bags. But it eventually can become a safety hazard over time, and at least 20 people have been killed worldwide due to the faulty air bags.

Owners of the recalled trucks will be notified in the next few weeks. Hopefully this time the issue will be fixed so it won’t cause any further safety hazards.