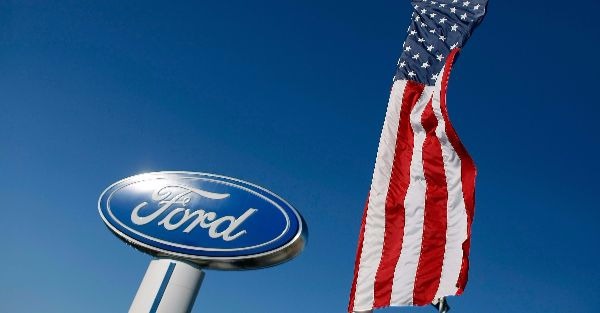 National anthem protests are not new in the NFL, but the entire sports world has been speaking out about the issue ever since President Donald Trump suggested that any player protesting should be fired immediately. NASCAR was reluctantly dragged into the controversy when some owners, highlighted by The King, Richard Petty, threatened to fire any driver who protested the anthem.

Per CNN Money, Ford Motor Company has now added their voice to the din, saying:

“We respect individuals’ rights to express their views, even if they are not ones we share. That’s part of what makes America great.”

A matter-of-fact statement in support of free speech from a major company is to be expected, but Ford’s case is especially interesting due to their relationships with all of the affected parties. The Ford Family has long owned the NFL’s Detroit Lions and Ford is a big sponsor of the NFL in general. Ford is one of only three manufacturers participating in NASCAR. Also, Ford and President Trump have had their differences over jobs and manufacturing practices as well.

Even though the official Ford Motor Company’s stance is predictably safe, at least one member of the Ford family, Martha Firestone Ford, owner and chairwoman of the Lions, had no problem speaking directly against the president’s comments.

“Our game has long provided a powerful platform for dialogue and positive change in many communities throughout our nation,” she said. “Negative and disrespectful comments suggesting otherwise are contrary to the founding principles of our country, and we do not support those comments or opinions.”

As more and more companies, athletes and politicians weigh in on the protests, it is becoming increasingly difficult to separate sports and politics.

Is it Sunday yet?